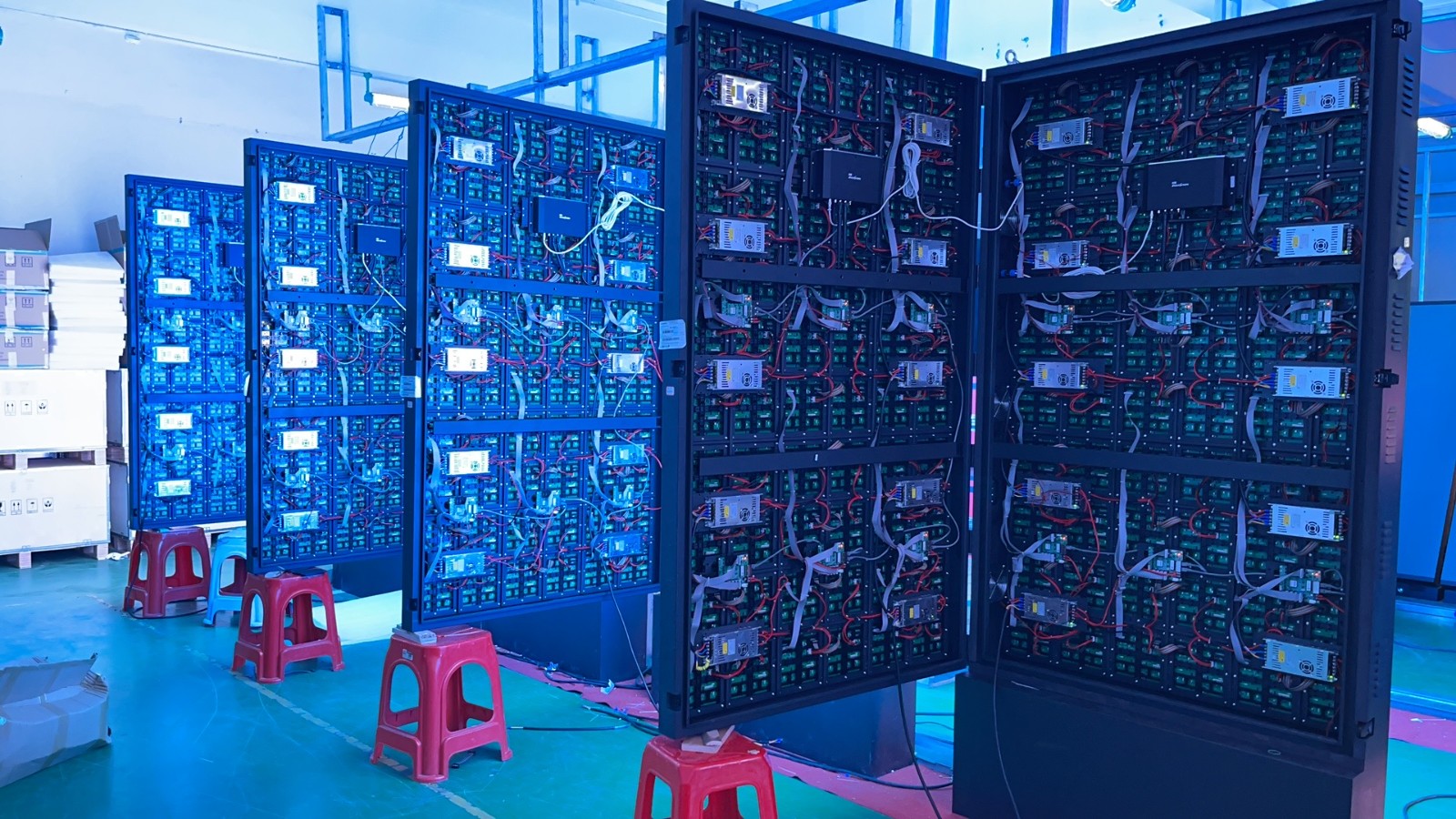 Is LED transparent to be aging? Why LED display products can improve performance after aging and contribute to stable performance in later use. The LED transparent display aging test is a very important part of product quality control. The LED aging test is a countermeasure taken according to the product's failure rate curve, that is, the characteristics of the bathtub curve, so as to improve the reliability of the product.

AC or pulsating current source can be designed to have a constant effective value, but this kind of power source cannot be called a (constant current source). Constant current aging is the most scientific LED transparent display aging method that best meets the current working characteristics of LEDs. Overcurrent impact aging is also the latest aging method adopted by manufacturers.

This type of aging is carried out by using a constant current source with adjustable frequency and adjustable current, in order to judge the quality of the LED transparent display in a short period of time, predict the life expectancy, and can pick out many hidden dangers that cannot be singled out by conventional aging. .

LED products can advance their performance after aging, and help stabilize the performance of later use. The LED transparent screen manufacturer said: LED aging inspection is a countermeasure selected based on the product's failure rate curve, that is, the characteristics of the bathtub curve, so as to advance the reliability of the product. The main process only needs to include the following three points:

1. Check that the installation of the above cabinet modules is correct;

2. Check whether there is a short circuit or mixed connection;

4. Check whether the appearance is intact and whether there are bumps and scratches;

1. Use the online control system to light up;

2. The test time is continuously lit for more than 72 hours;

3. The aging of the LED transparent display screen is divided into white light aging and video aging;

After the aging test is correct, please check the parameters of the quality inspection team

2. The white screen inspection time of the LED transparent display is not less than 24 hours;

3. The single-color and gray-scale sudden change inspection shall not be less than 24 hours;

4. The video and text effect inspection shall not be less than 24 hours;

5. The aging inspection of the led transparent display must be on duty, and if any doubts are found, they should be reported to the manager of the engineering department for handling;

In addition, overcurrent impact aging is also a relatively new aging method adopted by manufacturers. This type of aging is carried out by using a constant current source with adjustable frequency and adjustable current to judge the quality and expected life of the LED in a short time. It can also pick out a lot of hidden dangers that conventional aging can't pick out, so it is also used more. Doing the above work can prevent, to a certain extent, the failure of the LED screen in the later period of use due to inadequate aging measures, ensuring the long-term stable operation of the screen, and creating greater value.