The large LED screen is the core part of the display. It is a product equipped with an LED circuit board and a shell. The LED lamp beads are arranged together according to certain packaging rules, and then some waterproof treatments are added. With the continuous development of the LED large-screen industry and the continuous increase in application requirements, the functions and functions of the LED large-screen module cannot be ignored. 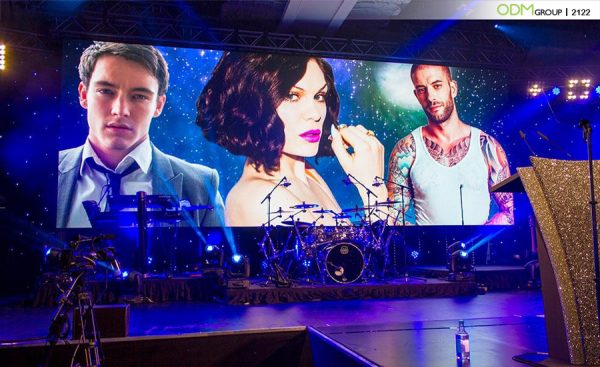 First, the color of the LED large screen module: it is the most basic parameter in the LED module, and different colors are used on different occasions. According to the color type, it can be divided into single-color and full-color single-point control.

1. Monochrome is a single color that cannot be changed. It can work when connected to a power source.

Second, the brightness of LED large screen modules: When it comes to brightness, we think of the term high brightness. This parameter is a parameter that people are more concerned about.

Brightness is a more complicated issue in large LED screens. The brightness we usually say in LED modules is usually luminous intensity and transparency, which is usually obtained by adding the correlation degree of each module.

Fifth, LED large screen voltage: it is a very important parameter in the LED module, and currently 12V low-voltage modules are more common. When connecting the power supply and the control system, the correctness of the voltage value must be checked before powering on, otherwise the LED module will be damaged.

Sixth, LED large screen size: usually refers to the length, width, and height dimensions. Maximum length of a single connection: This parameter is more commonly used when executing large projects. It refers to the number of large LED screens connected in a series of LED modules. This is related to the size of the LED module cable. Must be customized according to the actual situation.

Seventh, the waterproof level of LED large screens: This is mainly for outdoor, and is an important indicator to ensure that large LED screens can work outdoors for a long time. Under normal circumstances, the waterproof rating* of all open spaces should be IP65.