How to maximize the benefits of LED screens in cinemas?

In recent years, with the development of LED display technology, LED movie screen gradually into the public's vision.

LED movie screen looks very "high", and the domestic LED display industry is also the top industry in the world, both product performance and cost-effective have obvious advantages.

Good screen and image quality, strong visual impact, make people feel immersive, which is the common experience that cinema brings to us. Up to now, people have taken projection as the main way to watch movies, and laser projection has become an important technical symbol of cinema. 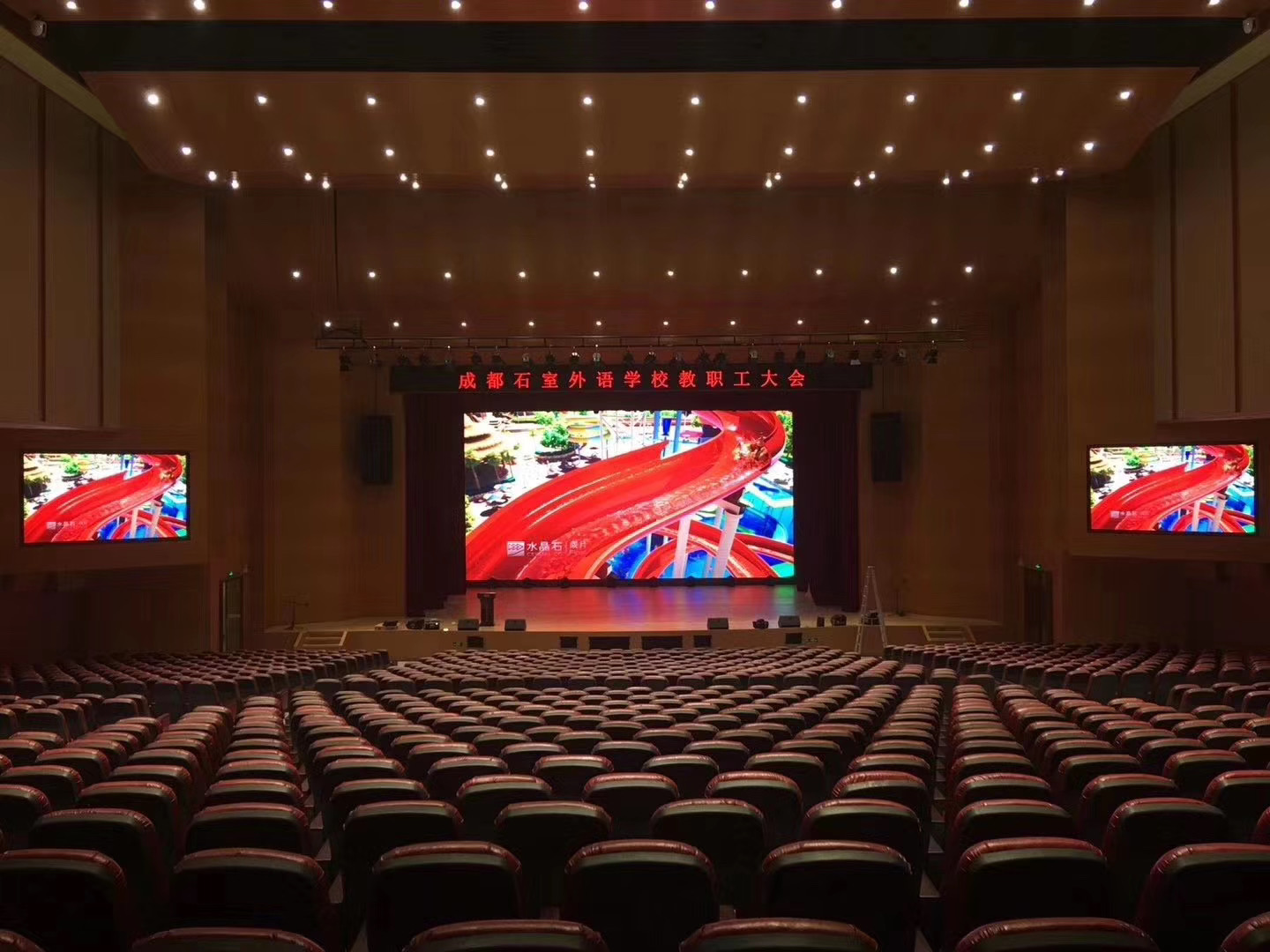 So how do you get the most out of a cinema's LED display?

There is no doubt that film advertising is to sell films. Today's scholars and experts in the field of advertising have given a more precise definition to the word advertising, that is, "advertising is a responsible information dissemination activity that conveys certain information to certain people through certain media in order to achieve certain goals".

The key is how to use advertising means to promote the film effectively. Don't wait for the attendance rate to decline before thinking of advertising, or blindly advertising without purpose, so that there will be all kinds of problems in the implementation of advertising.

The use of LED display for advertising propaganda film, save a lot of manpower material resources, the effect is very good, in a cinema on the installation on glass LED display screen, not only save the advertisement cost, also use their possession advantage did a very good publicity, but at present the market of glass LED display screen heat dissipation is not good, often display a problem, and so on.

Compared with the traditional screen, the proportion of LED movie screen is almost negligible. Therefore, how to expand the gap opened by Samsung in the global cinema screen market will be a problem for the domestic LED display enterprises that are trying to enter the LED movie screen in the future.

Compared with traditional projection and laser projection, movie LED displays do not require a projector, and the advantage is not just that when someone walks in front of the screen for various reasons, such as going to the bathroom or showing up late, the content is not disturbed.

Its self-illumination is 10 times higher than the peak brightness (146fL) of conventional projector devices, eliminating the need to turn off the lights for theatrical playback and creating a more interactive experience.

Movie LED display has high requirements for products, especially for pixels and size. There are two common proportions of movie screen size, 1:2.35 or 1:1.85. This is the size that has been prescribed, and the pixel of movie LED display should be matched with this size.