Is the price of led electronic display a factor in choosing the right display?

The price of a square led display screen business is mainly realized from many aspects, then the price of a large LED screen consists of several parts? This must be understood clearly before purchasing an LED display screen. However, many friends are still very unfamiliar with this problem, which caused them to spend a lot of money when buying large LED screens. In order to let everyone avoid detours and spend less money, the editor will tell you about the price composition of LED large screens. 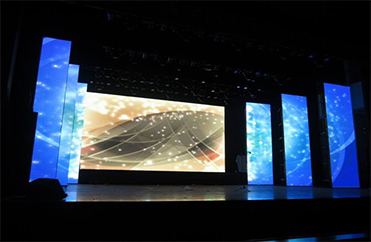 How much is a square led display is mainly composed of the price of the screen, the cost of the control system, the cooling fan or other parts of the air conditioner.

1. The cost of a large LED screen is generally calculated based on how much money per square meter, where the display model and materials used are different, the quotation will also be different. The screen quotation generally includes a full set of dies, module circuit boards, IC driver chips, module power supplies, steel boxes and plastic masks required for large LED screens, as well as all cables and cables inside the display screen, etc. . Under the same area, generally the smaller the dot pitch, the more dies used, the higher the price of large LED screens. Of course, you pay for what you pay for, and the better you use chips and other materials, the price will naturally rise.

2. Air-conditioning, heat dissipation equipment for large LED screens to ensure the normal operation of the screen and prolong the service life of the components of the display. Generally indoor screens or small-area display screens are not required. Large-area indoor LED display screens are strongly recommended to be equipped with wall-mounted air conditioners to effectively cool down to ensure normal long-distance travel under high temperatures, reduce failure rates and extend service life. In order to make the performance of the large LED screen more stable, air conditioning is inevitable.

3. The control computer is a necessary equipment to control the large LED screen. The configuration requirements: dual-core CPU, 2G memory, independent graphics card of 512M or more, the motherboard must have a PCI slot, and the price of the large LED screen is closely related to it.

4, in addition to the above, accessories such as power distribution cabinets are also in the price of LED large screens, but the proportion is relatively small and basically negligible.

How much is a square led display will also fluctuate with the development of the entire industry. The hot industry will inevitably lead to more and more manufacturers in the same industry, and competition will become greater and greater. Therefore, it is necessary to understand the industry dynamics anytime and anywhere. Know whether the price of LED street lights is reasonable and whether it can be recognized by consumers.

1. The LED screen has low power consumption and generates less heat, which has the effect of energy saving and environmental protection.

2, the appearance is beautiful, which can enhance the overall beauty.

3. The display picture is clear, and the projection picture can be displayed indiscriminately.

4, the coverage of the color gamut is higher than that of other display products.

5, the stability is improved, and the cost of maintaining the LED electronic display screen is also lower.

In addition to the selection factors of the price of the LED electronic display, it can be seen from the advantages of the appeal that the rental of the LED screen is the best choice for the renter.

1. The distance between the rental LED screen and the projector should be appropriate

2. The color temperature of the rental LED screen should be adjustable

When using the LED screen in the venue, the color temperature must be consistent with the temperature of the venue lighting, so that the color of the screen can be accurately reproduced. The lED screen has a color temperature adjustment function, which can be adjusted according to the needs of the stage effect, so as to obtain the most ideal projection effect.

3, the rental LED screen needs to maintain a good use environment

A good use environment can effectively delay the service life of the LED screen. The working environment cannot be too high or too low. Too high or too low are all factors that shorten the service life. Also try to avoid using LED screens in dusty places, which are prone to leakage problems, so choose a venue with less dust or clean the venue regularly.