Analysis of the three major overseas markets for LED display

The domestic LED display market is very competitive, and the market is becoming increasingly saturated, gradually becoming the Red Sea market. China’s led display screens overcapacity of needs to open up new market growth points and turn the excess capacity into “real money”. With the domestic market becoming increasingly saturated and overcapacity, many LED display manufacturers have set their sights on the international market. So Chinese LED display where are the main markets for companies to open up overseas? 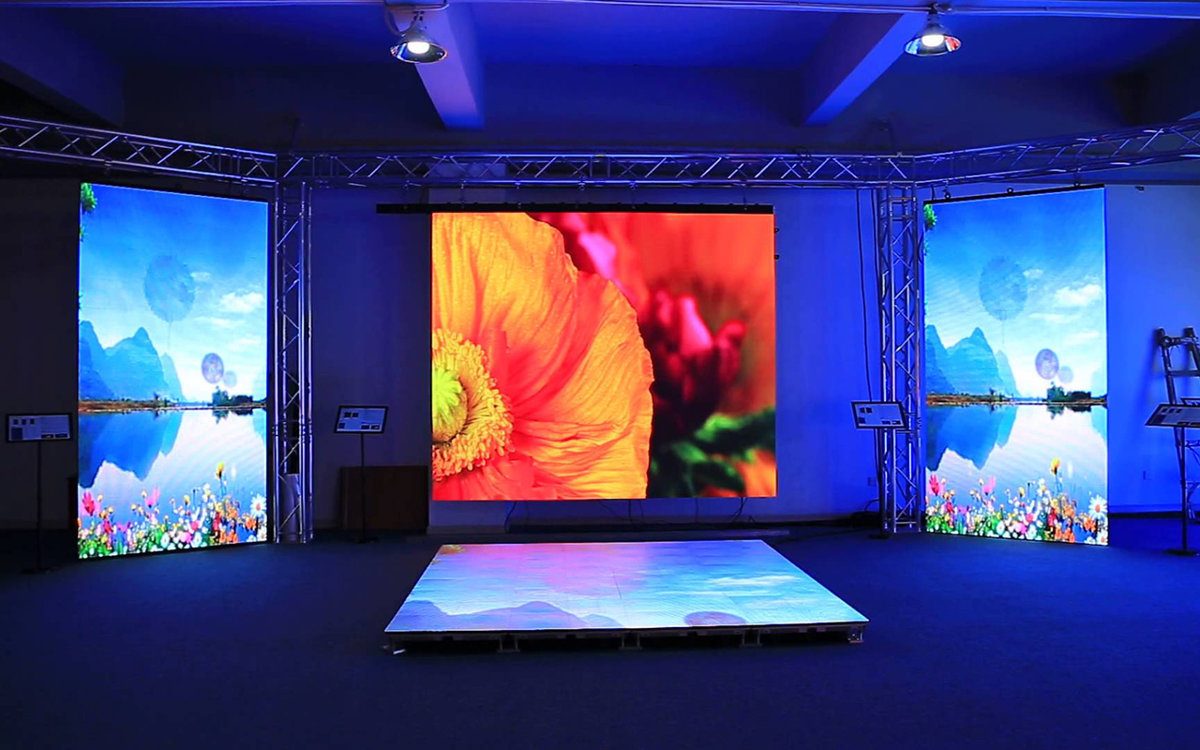 The output value is also expected to grow from 300 million U.S. dollars in 2016 to The US$800 million in 2021 will represent a compound annual growth rate of 21%. At present, whether it is from the perspective of technology or industry development, small-pitch LED display the industry chain of the market is maturing, and the market entry barriers are gradually lowering. In the past few years, countless companies have invested small-pitch LED displays in the research and development and production of , and the dot pitch is also shrinking, and the dot pitch can already achieve P0.7. However, below P1.0, due to the limited cost and few mass production, most of them exist as laboratory products.

At present, domestic P1.2 and P1.6 have gradually become the mainstream of the market, and overseas markets, especially European and American markets, use P1. 6 is the main one. The small-pitch market quotations in overseas markets can also be seen from the sales of various companies in the first quarter of this year.

The application field has gradually expanded from large-scale theatrical performances and major sports events to commercial markets such as high-end conferences and large-scale exhibitions. Moreover, with the outbreak of small spacing, the rental market is expanding to more areas.

The prospect of the rental market is immeasurable. in the market alone digital stage Calculated , the global LED stage market has reached US$740 million this year, a year-on-year increase of 14%. The growth rate is expected to slow down slightly in the next few years, but the growth rate will remain hot. By 2020, the scale is expected to increase to 1 billion U.S. dollars.

In foreign markets, such as developed economies such as Europe and the United States, the main customers of LED rental screens are some large end users, such as rental companies, film and television companies, etc. In the mid-to-high-end leasing market, especially the European and American markets, fierce market competition has been launched.

From the frequent appearance of high-end rental products of domestic enterprises in various overseas exhibitions, we can see LED display the enthusiasm of manufacturers for this market. Many companies have already made a splash in this market, occupying a considerable market share in the European and American markets. At present, the application of small pitch in the rental market is still in the trial stage. P3.91 will still be the mainstream market in the next few years, and rental screens below P3 will have a certain market in some markets.

On the whole, small-pitch rental screens will be the key product of the rental market in the next 3-5 years. The future development and prosperity of the rental market will mainly depend on the technical maturity and cost control of small-pitch products. As people's requirements for display effects increase, it is also a general trend for small-space to enter the leasing market, and its development prospects are more optimistic. Industry insiders predict that the global small-space leasing market may reach tens of billions of output value in the future.

With the progress of LED display technology, the LED display expansion of to various market segments is an irreversible trend. However, in some special fields, the traditional LED display market still has strong vitality and the market performs well. As far as the current LED display market is concerned, although the small-pitch and rental market occupies a large part of the overseas market share, a fact that cannot be ignored is that the led display still occupies a large market share in the traditional advertising market.

For example, in the traditional outdoor direct-insertion market, even if its domestic market share continues to decline, it still has broad room for development in markets such as Southeast Asia and Africa. Even in countries and regions with higher display requirements such as Europe and the United States, the traditional advertising market also occupies an extremely important position.