Why LED displays are becoming more and more popular?

Many years later, when we stand at the door of the commercialization of MiniLED, we will recall before 1990, which to LED displays the era was both remote and unfamiliar . Due to the limitations of LED materials and devices, and the high cost of products, LED displays at that time were not widely used in China, and the products were mainly in the band between green light and red light.

Until 1993, a Japanese named Nakamura changed the fate of LED. The blue light chip was successfully developed, and the led display has entered the full-color era. 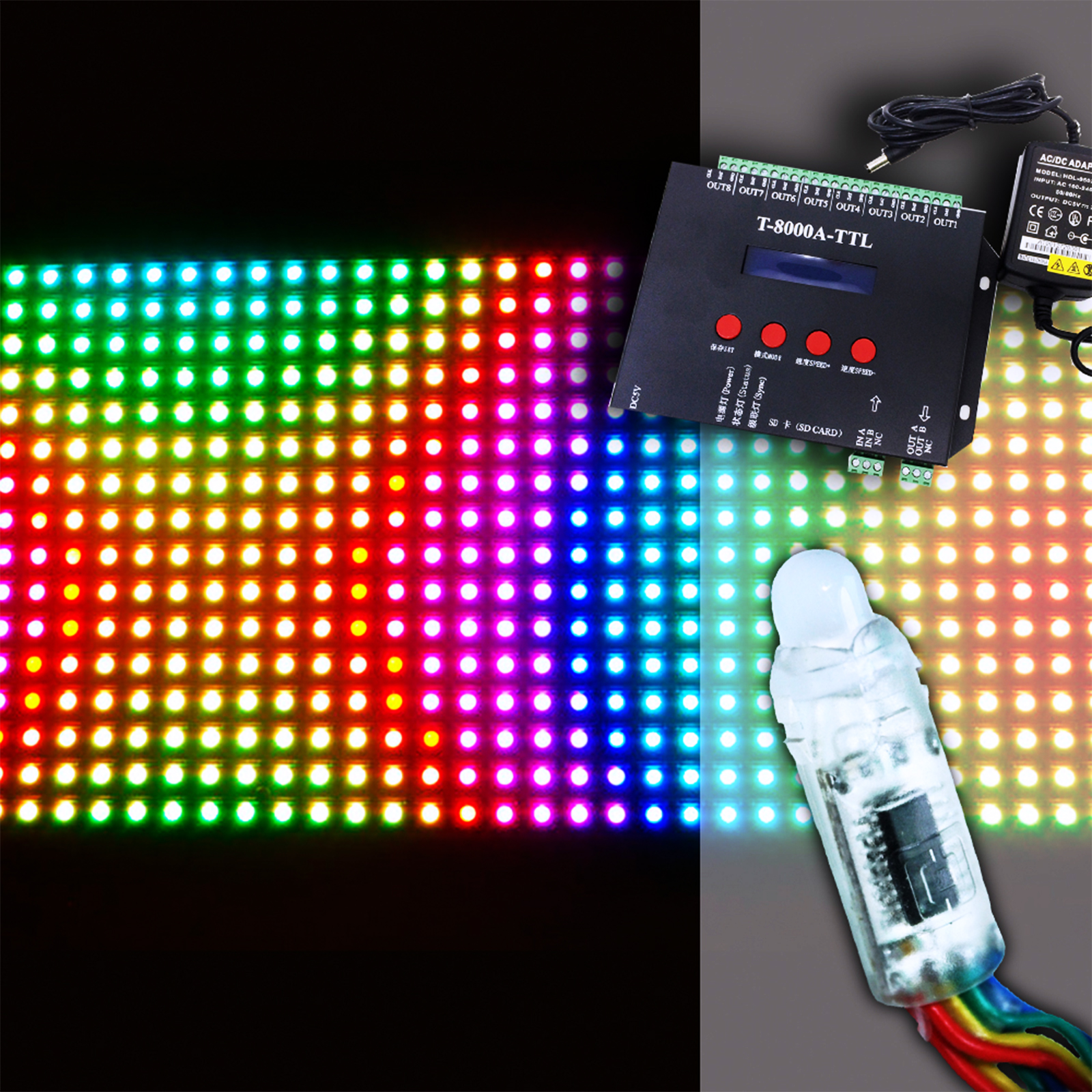 At this stage, China’s led display screens are developing very rapidly, from a few early companies to dozens, from tens of millions to hundreds of millions in annual output value, and the application scenarios are expanded to financial securities, sports, airports, railway stations, In many fields such as highway transportation, commercial advertising, post and telecommunications, led display has become a high-tech industry.

Compared with DLP and LCD, led display has natural advantages, which may be the reason why it has won explosive growth:

It may be difficult for us back then to imagine that in these ten years, China will grow into the world for LED displays 's largest manufacturing base .

From 1995 to 2005, the led display industry entered a period of overall improvement and adjustment of the industrial structure. The industrial scale in 2005 was about 4 billion yuan.

From 2008 to 2010, for the LED display it is a milestone industry. At the Beijing Olympics, the 60th anniversary of the founding of the People’s Republic of China and the Shanghai World Expo, led displays the successful use of has greatly spurred the demand growth of the entire industry.

The next 8 years can be called the China's LED display history of .

In 2010, the China's LED display total output value of market reached 18.5 billion yuan, occupying more than 80% of the world's display market, and it can be described as the in the market LED display first country . Ever since then.

By 2017, all of the top seven manufacturers in the world in revenue came from China, accounting for nearly 40% of the global market share, and had shifted from foundry to self-owned brands.

After more than ten years of growth, whether it is manufacturer strength or overall size, China's led display industry has stood at the top of the world.

But with the advent of the market trend of shrinking pitch, Chinese LED display manufacturers are not satisfied with the existing volume, they are fancy, is the dominance of technology.

At this point, the small-pitch display has broken the boundaries.

In 2008, the small-pitch LED displays concept of emerged. Compared with traditional LED displays , small-pitch pixel pitches are smaller and the display effect is better. With the improvement of technology, the accuracy of the current small-pitch display can meet the needs of close viewing.

Since 2013, with the strong advancement of new and old brands such as Leyard, Unilumin, Lehman, etc., small-pitch LEDs have become the focus of the field of large-screen displays.

Looking at the world, the scale of the small-pitch market is growing year by year:

In the first half of 2018, the total market share of important brands of small-pitch LEDs in the Chinese market was as high as 84.7%. Among them, Unilumin Technology showed a clear growth trend. In the 2018 semi-annual report, it won the domestic with 1.629 billion yuan LED display revenue . One. Domestic small-pitch LED companies occupy cost, technical advantages and response speed. Backed by the huge market of mainland China, they have completely stood at the peak of the global LED display industry.

At this point, the story is not over yet. On led display screens the road to miniaturization of , the semi-outlined Mini LED, with its "simplified packaging structure" and "plural transfer technology", has become a new hope for breaking through the spacing and cost constraints.

Recently, domestic display manufacturers continue to report the latest progress in the Mini LED field, but in the future, there will be a battlefield dominated by Chinese brands. Although they are no longer facing international opponents, domestic LCD panel camps such as TCL and Hikvision The integrator camp will also join the Mini LED commercial display application field. Perhaps, it will inevitably be another tough battle. But it is undeniable that just as more than 20 years ago, a belonging to led displays new era is coming.

led display How far the can go, and how long will its story be sung, maybe we will never get the final answer.