LED is a semiconductor optoelectronic device that has risen rapidly in recent years. It has the advantages of small size, light weight, low voltage, low current, high brightness and fast light-emitting response. It is easy to use with transistors and integrated circuits and can be used in many fields. In recent years, LED display has been widely used in industrial and mining enterprises, schools, shopping malls, shops, public places, etc. for graphic display, advertising, information release, etc., and has become the mainstream product of flat panel display.

Since the single-chip computer came out in the 1970s, it has attracted people's attention and attention with its extremely high cost performance, so it has a wide range of applications and has developed rapidly. The advantages of the single-chip microcomputer are small size, light weight, strong anti-interference ability, low environmental requirements, low price, high reliability, good flexibility, and easy development.

In modern industrial control and some intelligent instruments and meters, more and more places need to use dot matrix graphic displays to display Chinese characters, and Chinese character displays are also widely used in car stop announcers and advertising screens. Therefore, we design to use a single-chip microcomputer to control the LED display.

The system structure of the controller:

In order to make the LED display screen have the function of dynamic display, any Chinese characters can be displayed and modified by the upper computer. The control system uses a single-chip microcomputer to control the high-brightness LED display screen. In this design, we use the STC89C52 chip, which is a low-power, high-performance CMOS 8-bit microcontroller produced by STC. Through it, simple Chinese characters and symbols can be displayed on the LED control panel. This system uses C language to compile the system code, and realizes the two-color display screen to control the character display and simple animation. This system consists of a single-chip microcomputer, two sets of shift register groups composed of 74HC595, a row selection signal generating circuit composed of 74HC138, a driving circuit composed of transistors, and a large screen display unit composed of 8 8×8 double-color dot matrixes.

The design of this system takes into account the needs of multiple color displays, and uses a two-color (red, green) LED dot matrix screen. At the same time, two sets of 32-bit shift registers are used to ensure that the hardware supports three-color (red, yellow, and green) display. This display screen is composed of an 8*8 array, and the anodes of 16 light-emitting diodes in each row are connected, and the output of the decoder determines the brightness of the LED.

The display control principle of this system is to use dynamic line scan display, which is also the key technology of this system display. The specific implementation method is as follows: first output the data of the corresponding row to the column end of the display module through the shift register group, and then use the decoding circuit to light the corresponding row; according to the scanning frequency, switch to the data of the next row, and then light the corresponding OK. Take turns in turn to achieve dynamic line scan display control. 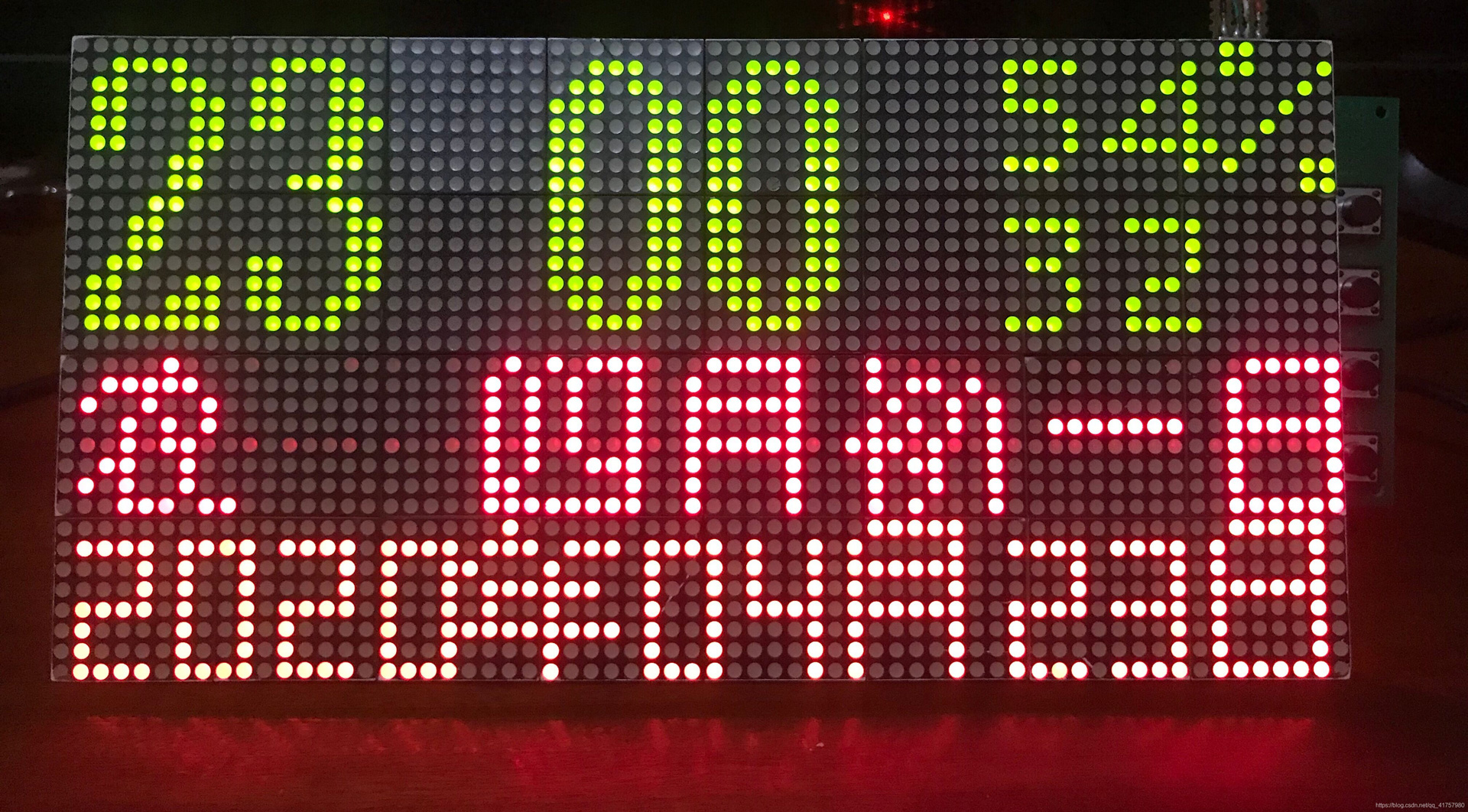 We chose Protel99SE for the circuit design and PCD board development. Protel 99SE is a circuit board design software developed by ProklTech-nology based on the Windows environment. The software is powerful, has a friendly man-machine interface, and is easy to learn and use. The PCB board design is shown in Figure 4.

Based on the research and analysis of the above system, we used Protel99SE software to complete the design and production of the control circuit board and the display circuit board. With the help of a single-chip microcomputer, the LED screen is controlled and displayed. As shown in Figure 5, the basic character display and simple animation effects of the two-color LED dot matrix are realized. It has real-time control, flexibility, and stability.