LED display screens have been used in more and more fields due to their low power consumption, low failure rate and long service life. Some customers may be curious, why can pictures, texts, and videos be displayed on the LED display? How does the LED display display various media information? Let's analyze the principle of LED display.

Let’s look at an example first, the following is an 8x8 dot matrix LED structure 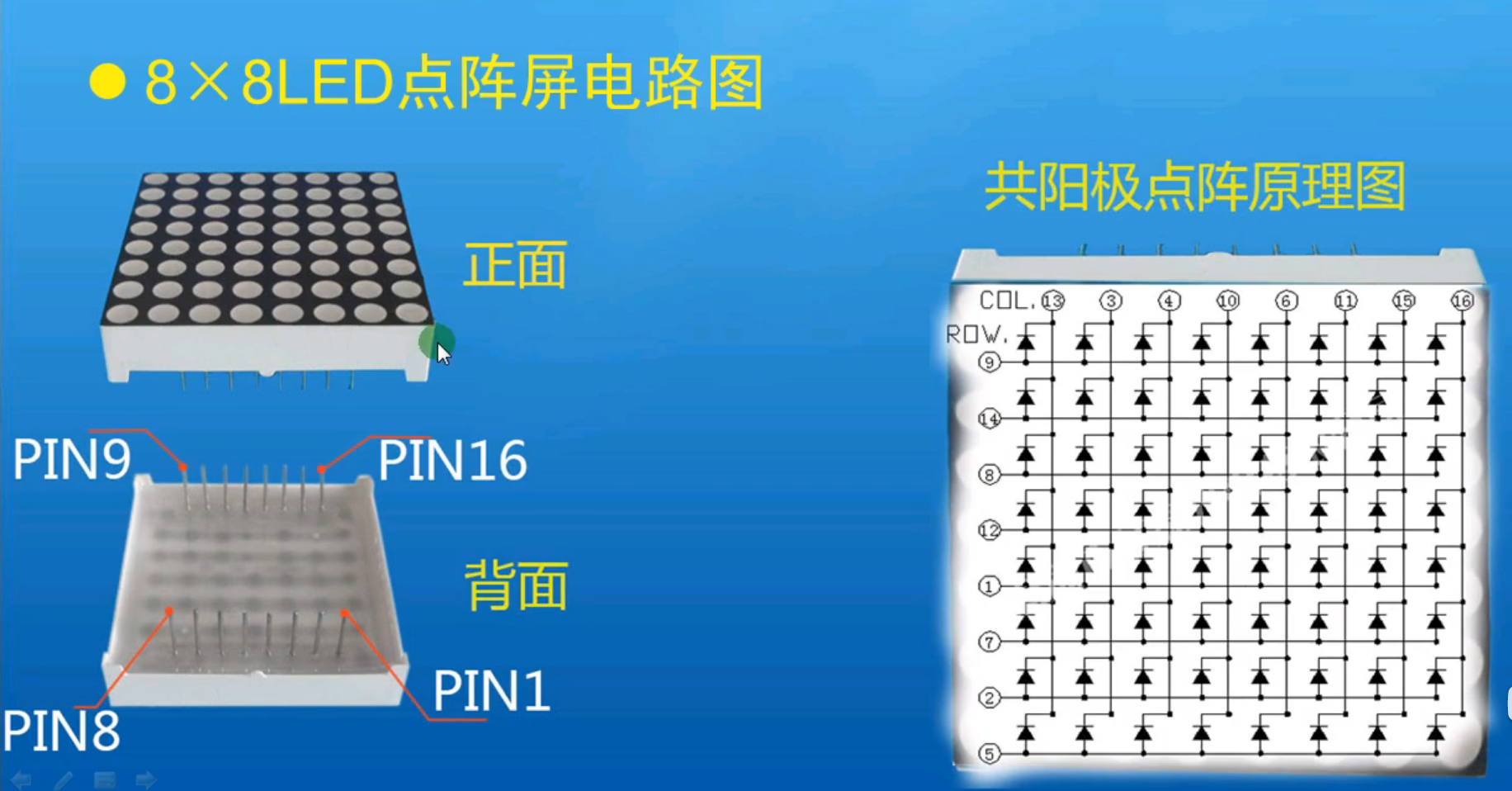 From the figure, the 8X8 dot matrix requires a total of 64 light-emitting diodes, and each light-emitting diode is placed at the intersection of the row line and the column line. When the corresponding row is set to high level and a certain column is set to low level , The corresponding diode will light up. Combining many of these modules together is what we usually call the unit board/module, and driving its display requires a display drive circuit and an intelligent control chip such as a single-chip microcomputer. Usually our unit board/module has a display drive circuit, and we also need a control card with a single-chip microcomputer to display the text/graphics we need to display on the screen.

The schematic diagram of the circuit is as follows: 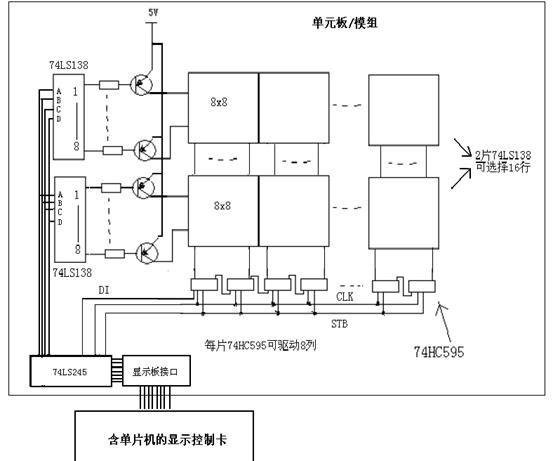 Both text and graphics are composed of a dot matrix, such as the Chinese characters we commonly use, the complete dot matrix is ​​16x16, 32x32, etc., and each dot is a pixel.

Define the black point (lighted pixel) as 1, and the white point (non-bright pixel) as 0, then it can be written into a font format that can be saved in the microcontroller:

Send out the first 2 bytes of "Gong Xi Fa Cai"

Each byte is 8 bits, so that a total of 8x8=64 bits (columns) are sent. These bit signals are sent through the DI signal terminal (serial sending), and the CLK signal terminal must be high and low every time 1 bit is sent. One conversion is called serial shift, so that each bit of 64 bits (column) is moved to the input port of 74HC595.

Send out the latch signal STB, that is, the STB signal changes once, so that the 64-bit (column) data on the 74HC595's input port is sent to the 74HC595's output, and one line is displayed. The latch signal also makes the next line of data serially shifted and sent out will not affect the display of the previous line.

The single-chip microcomputer transforms the combination of ABCD through 74LS138, and selects the next display line. The process is repeated, but the sent data moves backwards accordingly, that is, the 3-4 bytes and 5-6 bytes of "Gong Xi Fa Cai". . . . . . .

The 16-line display is called a display refresh cycle. Regardless of the size of the LED display, a display refresh cycle must be completed within 20 milliseconds, otherwise there will be flickering. The single-chip microcomputer is very fast. The display within 32 rows and 200 columns is usually No problem. But when the LED display is bigger, it is necessary to choose a faster single-chip microcomputer or DSP to complete.

The function of completing the LED display is realized by the control card. No matter a simple monochrome screen or a complex full-color screen, the display principle is the same and very simple. But if you want to achieve special effects such as moving left and right, flying in and flying out, embedded color transformation, you also need to write very complex algorithm programs on a single-chip microcomputer or DSP, which is not something ordinary people can do.

Fortunately, there are now hundreds of control card manufacturers and companies. They have launched control cards with different performances for us to choose. First, we depend on their functions and the LED screen pixels they can support. The more functions and the more pixels supported, the more expensive the price.