The core components of the led display are composed of LED lamp beads and IC drivers. Since LEDs are sensitive to static electricity, excessive static electricity will cause the light-emitting diodes to break down. Therefore, grounding measures must be taken during the installation of large LED screens to avoid death. The risk of lights. 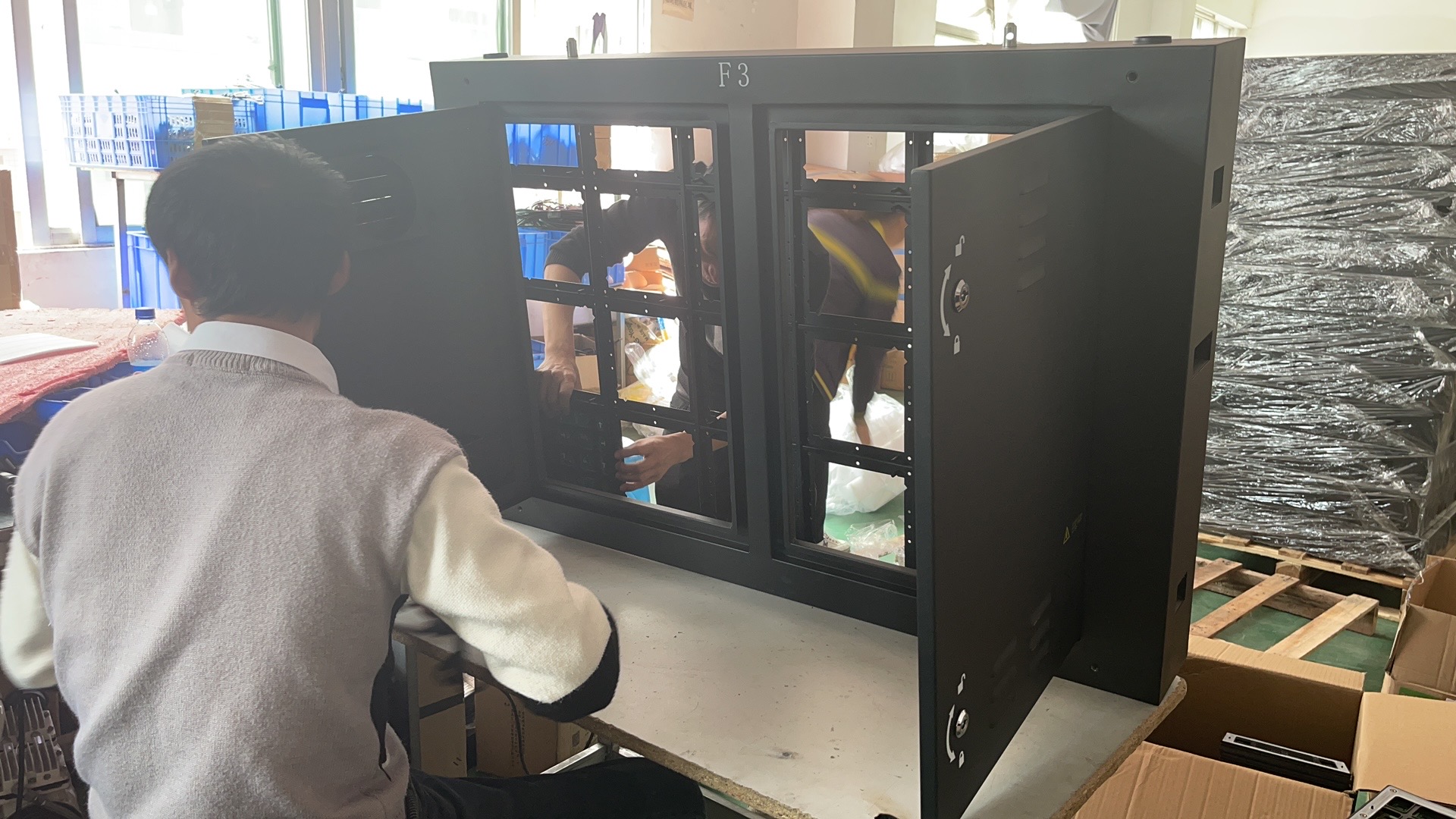 The working voltage of the large led screen is about 5V, and the general working current is below 20 mA. The working characteristics of the LED determine its resistance to static electricity and abnormal voltage or current impact. This requires us to recognize this in the production and use process, and pay enough attention to take effective measures to protect the large led screen. Power grounding is a commonly used protection method for large LED screens.

To ensure the stability of the AC/DC conversion of the power supply, the power supply manufacturer connects an EMI filter circuit from the live wire to the ground wire in the circuit design of the AC220V input terminal according to the national 3C mandatory standard. To ensure the stability of the AC220V input, all power supplies will have filter leakage when working, and the leakage current of a single power supply is about 3.5mA. The leakage voltage is about 110V. In the case that the large led screen is not grounded, the leakage current may not only cause damage to the chip or burn out the lamp.

But customers often use the wrong grounding method to ground the large led screen, the common ones are:

1. It is believed that the lower end of the column of the outdoor column structure is connected to the earth, so there is no need to make the LED large screen grounding;

There is a misunderstanding between these two types of practices. The column is to maintain the connection with the foundation bolts, and the anchor bolts are embedded in the concrete. The resistance of the concrete is in the range of 100-500Ω. Too high grounding resistance will cause leakage current. It is not released in time or there are residues. The surface of the box body is sprayed with paint, and the paint is a poor conductor of electricity, which will lead to the poor grounding of the box body or increased grounding resistance, and electric sparks may interfere with the signal of the large LED screen.

As time goes by, the surface of the LED large screen box or structure will be oxidized and rusted, and the fixing parts such as screws will gradually loosen due to thermal expansion and contraction caused by the temperature difference. It will cause the effect of the grounding of the large led screen to be weakened or even completely invalid. Form a safety hazard. Lead to safety accidents such as leakage current, electric shock, chip interference and damage. 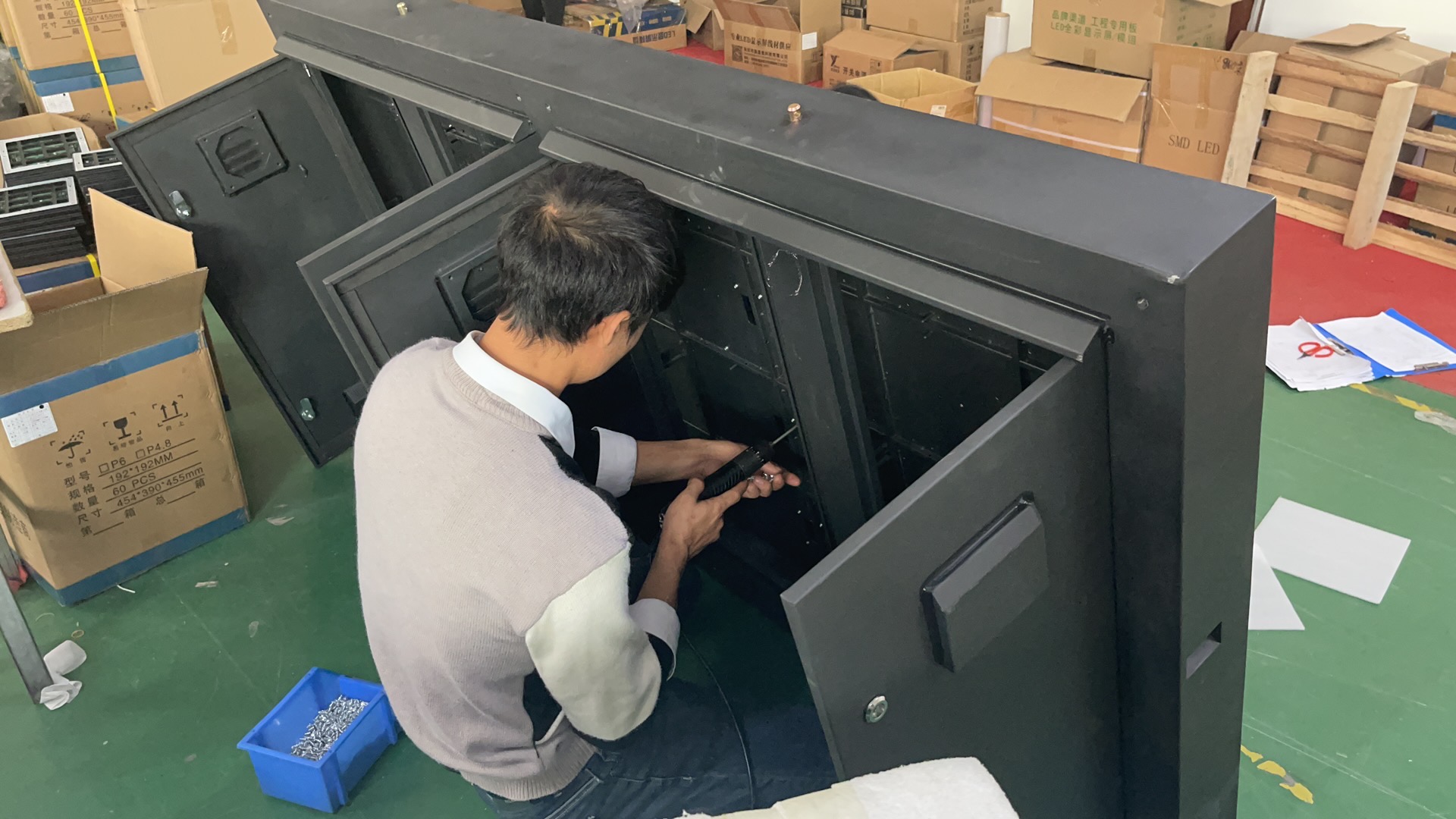 So, what should the standard grounding be like? There are 3 wiring terminals at the power input terminal, namely the live terminal, the neutral terminal and the ground terminal. The correct grounding method is to use the yellow and green two-color wire dedicated for grounding to connect all the power ground wire terminals in series and lock, and then lead out and connect to the grounding terminal.

When grounding, the grounding resistance must be less than 4 ohms to ensure timely discharge of leakage current. It should be noted that when the lightning protection ground terminal discharges the lightning current, it takes a certain time for the earth's current to spread, which will cause the earth's potential to rise in a short time.