How to classify the stadium LED display?

In the current society, LED display screen has become an important facility for information display and live broadcast of games in large sports venues.

Not only let the people outside the stadium to watch the wonderful games, as if they were on the scene, but also play a positive role in the promotion of sports.

In order to improve the level of the stadium, can undertake more large and medium-sized games, the use of LED display is almost the rigid demand of the stadium.

The LED display screen is high-definition and smooth, which can be switched flexibly, and can be viewed from a wide Angle. It can clearly, timely and accurately display the information of the competition field. It takes on the functions of live-streaming, scoring and timing, science popularization and so on, and shows the wonderful moments of the stadium competition to the audience in an all-round way.

So, do you know what kinds of LED displays are in stadiums? 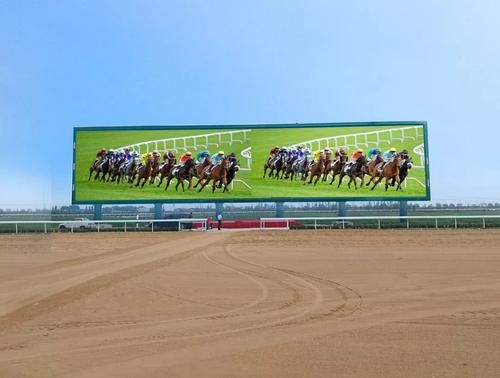 Live video wall is composed of many LED display, including the ceiling installation, bending, independent type, etc., have a broad perspective, high image resolution, etc. This kind of LED display is mainly used to broadcast the stadium game highlights and slow motion close-up, LED display control system and the venue of each azimuth camera together,You can see these live streams and cutbacks from all angles.At the same time, it relies on high contrast, high refresh rate and high color restore characteristics, can be real synchronous match situation.

The stadium stands are generally equipped with fences, and the application of LED display screen in the fence can not only replace the fence in the stadium, but also display more content on the display screen, so as to fully meet the display needs of football, basketball and handball and other events.

The fence LED display requires accurate color rendering of the brand LOGO, and the high refresh rate of the fence display can effectively avoid the phenomenon of black line and flicker during live broadcasting.

In addition, the stadium fence screen has anti-collision design. On the one hand, it can ensure stable work under high intensity impact. In addition, the soft mask also prevents players from being injured.

LED display is connected with the real-time timing and scoring system, which can display the latest score and information at any time.

As a complement to the stadium's main display, the LED strip display is designed specifically for the arena to display strip video, animation and advertising. The box is lightweight and easy to maintain to meet the requirements of different installation environments. The main purpose is to render the atmosphere of the entire stadium.

The square LED display screen located in the center of the sports field is called "bucket screen" or "bucket screen" because of its shape like a funnel. It is a common kind of NBA basketball stadium, and has the function of lifting and adjusting (vertical movement) to meet the needs of competition and performance.

LED display and sports venues go hand in hand, the arrival of this wave of stadium construction wave, LED display will have a bright future.