let's start the technology of LED Display together!

Learning is a happy thing, let’s start the technology of LED Display together!

What Is An LED?

A light-emitting diode (LED) is a semiconductor light source that emits light when current flows through it. Electrons in the semiconductor recombine with electron holes, releasing energy in the form of photons. The color of the light (corresponding to the energy of the photons) is determined by the energy required for electrons to cross the band gap of the semiconductor. 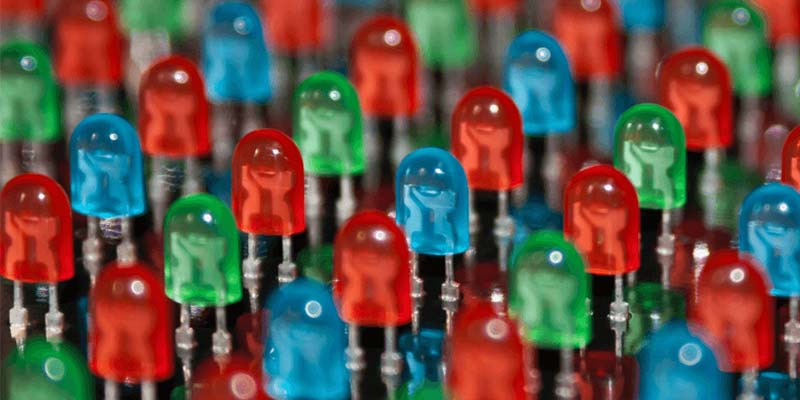 Appearing as practical electronic components in 1962, the earliest LEDs emitted low-intensity infrared light.Infrared LEDs are used in remote-control circuits, such as those used with a wide variety of consumer electronics.Modern LEDs are available across the visible, ultraviolet, and infrared wavelengths, with high light output.

What Is An LED Display?

LED Display is a flat panel display that uses an array of light-emitting diodes as pixels for a video display. Their brightness allows them to be used outdoors where they are visible in the sun for store signs and billboards. 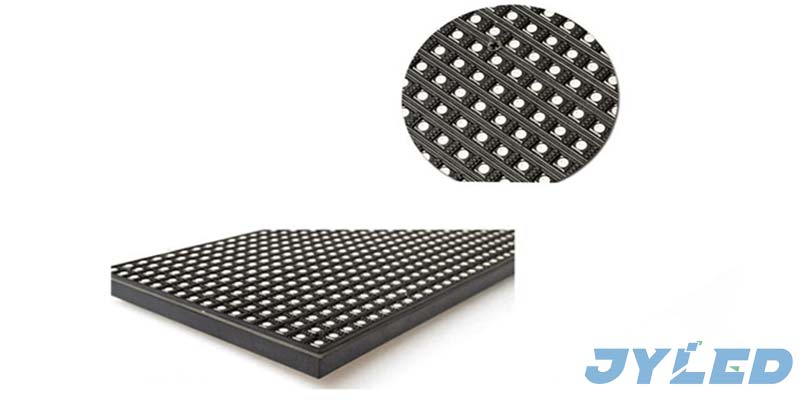 In recent years, they have also become commonly used in destination signs on public transport vehicles, as well as variable-message signs on highways. LED displays are capable of providing general illumination in addition to visual display, as when used for stage lighting or other decorative (as opposed to informational) purposes.

The RGB color model is an additive color model in which red, green and blue light are added together in various ways to reproduce a broad array of colors. 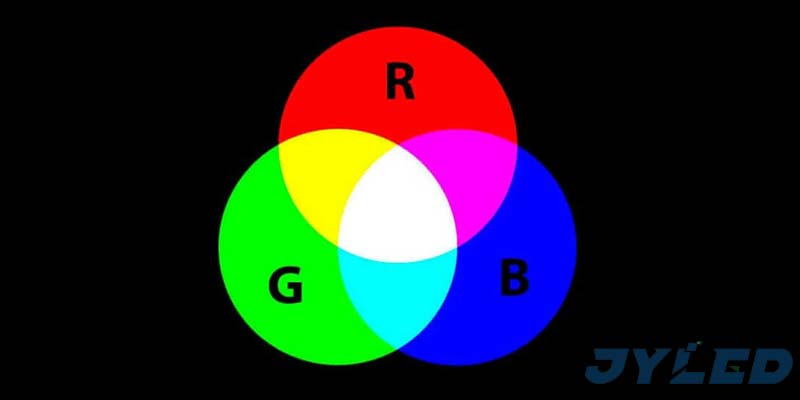 The main purpose of the RGB color model is for the sensing, representation, and display of images in electronic systems, such as televisions and computers, though it has also been used in conventional photography. It is used for almost all types of screens as well as for LED screens.

How Does The LED Screen Work?

The LED screen consists of a number of closely fitting LEDs. By changing the brightness of each LED, the diodes together form an image on the screen.

In order to produce a bright color image, the principle of additive color mixing is utilized, in which new colors are produced by mixing different colors of light. The LED screen consists of red, green and blue LEDs mounted in a fixed pattern. These three colors together form a pixel, a pixel. By adjusting the strength of the diode, billions of colors can be produced. Many color pixels are considered images, considering the LED screen at a distance.

What Is Pixel Pitch And Screen Solution?

The distance between the LED screen diodes determines the resolution of the screen. From the center of each set of red, green, and blue diodes, the distance to the center of the adjacent group is measured. This distance is called the pixel pitch. Each set of diodes together form a pixel – or pixel

If the LED screen has a pixel pitch of 1 cm, each pixel can have 100 x 100 pixels. Square screen. The resolution on the screen is set to the number of pixels in height and width. If your screen is 6 x 8 meters and the pixel spacing is 1 cm, the resolution is 600 x 800 pixels.

Resolution refers to the number of pixels in an image. Resolution is sometimes identified by the width and height of the image as well as the total number of pixels in the image. For example, an image that is 2048 pixels wide and 1536 pixels high (2048 x 1536) contains (multiply) 3,145,728 pixels (or 3.1 Megapixels).

Image resolution can be measured in various ways. Resolution quantifies how close lines can be to each other and still be visibly resolved. Resolution units can be tied to physical sizes , to the overall size of a picture, or to angular subtense.

The measure of how closely lines can be resolved in an image is called spatial resolution, and it depends on properties of the system creating the image, not just the pixel resolution in pixels per inch (ppi). In effect, spatial resolution refers to the number of independent pixel values per unit length.

In the actual application, because of the limitation of led display installation environment and identify ability, led display’s smallest viewing distance is mean the shortest distance that can identify the text and picture showing.

Which Solution Should I Choose?

The resolution required on the LED screen depends on the viewing distance. From what distance does your viewer watch the screen? If you are close to a low resolution LED display (the distance between the diodes is large), it is difficult to decode the screen content.

Usually, there is a connection between screen resolution and price. The higher the resolution, the more .m2 per diode – hence the higher square price.

If you install a digital signage on a main road or building facade, you can see it from a distance. Here, there is no need for a screen with high resolution – and it is unnecessarily expensive. If it is the floor height screen in the middle of the department store, the audience will get closer and closer. Here, the high resolution screen works best.

A rule of thumb for LED screens is to observe a distance of 1 mm per meter.

How Many Traffic Users Have LED Screens?

LED is a very energy efficient technology. This is why the use of LED bulbs is so common today. The power consumed by diodes in LED displays depends on the type of screen, brightness and usage.

There are many different LED and screen types. Power consumption will vary, for example, from indoor displays and outdoor digital signage that are visible in direct sunlight. Screen brightness also has a big impact. The image must be clear, but the light on the screen should not be dazzling. Outdoor LED displays are much brighter during the day than after sunset.

Where Is The LED Screen Kept?

Since many factors work, it is difficult to generalize the life of the LED screen. But maintaining the screen properly can easily last for more than a decade. As with all forms of electronics, life expectancy is also affected by everyday use and the environment around the screen. Brighter images and high brightness levels wear more on the screen than darker images and lower light levels. In addition, factors such as humidity and salt content in the air can play a role.

During the lifetime of the LED screen, the light output of the diode will decrease. How much depends on the type and generation of the diode. Many LED screens never use full light intensity, so the reduction is rarely a problem.

What Is IP Rating For LED Screen Panels?

The standard aims to provide users more detailed information than vague marketing terms such as waterproof. For example, a cellular phone rated at IP68 is “dust resistant” and can be “immersed in 1.5 meters of freshwater for up to 30 minutes”.

The first digit indicates the level of protection that the enclosure provides against access to hazardous parts (e.g., electrical conductors, moving parts) and the ingress of solid foreign objects.

The second digit indicates the level of protection that the enclosure provides against harmful ingress of water. The ratings for water ingress are not cumulative beyond IPX6. A device which is compliant with IPX7, covering immersion in water, need not be compliant with IPX5 or IPX6, covering exposure to water jets. A device which meets both tests is indicated by listing both tests separated by a slash, e.g. IPX5/IPX7.