What new opportunities will the LED display industry usher in during the 14th Five-Year Plan?

2021 is the beginning of the "14th Five-Year Plan" and the beginning of the new journey of building a modern socialist country in an all-round way. After an extraordinary 2020, stand on a new starting point. The convening of the two sessions and the 14th Five-Year Plan have ushered in new development opportunities for LED companies. Smart cities, digital cultural tourism, and LED movie screens are all a huge blue ocean market. In the era of high-end, technological and convenient information and cultural display, LED displays undoubtedly play an important role.

In recent years, building smart cities and promoting urban development have been listed as important tasks by the state. The "Super Smart City Report" released shows that there are more than 1,000 smart cities that have been launched or under construction in the world, and China is building 500, far exceeding the second-ranked Europe (90). From the perspective of the distribution of smart cities under construction, China has initially formed four smart city clusters in the Bohai Rim, the Yangtze River Delta, the Pearl River Delta, and the Midwest. In the current smart city construction, the automatic sensing technology (environmental monitoring, data collection, face recognition, etc.) of the LED light pole screen will be more accurate under the application of 5G, and the information transmission will be more complete and faster. Therefore, it is not difficult to see that LED light pole screens present a greater market prospect in the era of wisdom. In addition, driven by policies, the scale of smart light poles is expected to maintain rapid growth. 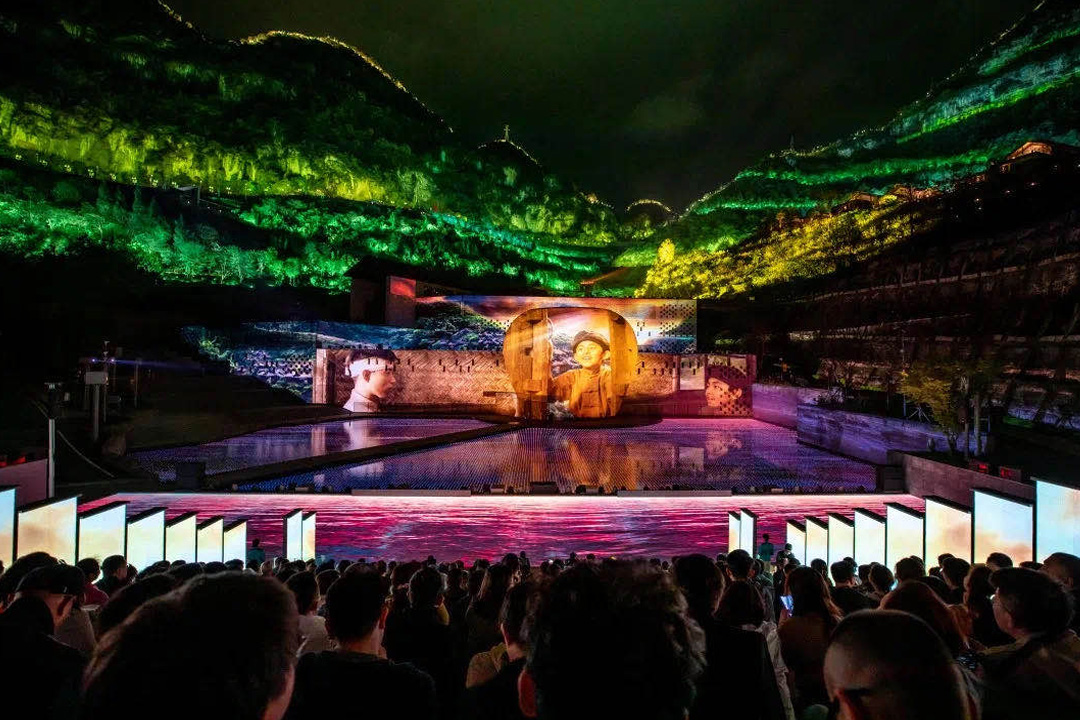 LED display screens help the informatization of government services. Today, the country vigorously advocates the openness and visualization of government departments at all levels, and actively builds "smart government affairs". As an important carrier of government information publicity, LED display screens give full play to energy conservation and environmental protection and have a good publicity effect. The advantages of this technology are becoming more and more widely used. It plays an important role in epidemic prevention and control, Internet + supervision, paperless enrollment in primary and secondary schools, smart supervision of party conduct and governance, investigation of hidden dangers in labor disputes, comprehensive taxation of enterprises, the entire chain of credit, and procuratorial big data platforms. The seamless connection of the LED display screen and the ultra-high-definition display on-site images provide assistance for decision-making, and the split-screen display, rapid response, access to various signals and dispatching provide information assurance and decision-making support for the government to deal with various emergency events. Compared with traditional government affairs, in terms of government promotion, LED displays have replaced traditional forms such as banners, roll-up banners, wooden signs, etc. with their advantages of energy saving, long life, and can change content at any time, actively responding to national energy conservation and environmental protection policies and building resources Saving and environment-friendly society requirements. Compared with traditional government affairs, informatized government affairs greatly saves manpower, reduces administrative costs, and improves administrative efficiency. Constructing a sensitive and timely government affairs perception system, a fully functional business application system, and an accurate and efficient auxiliary decision-making and dispatching command system are important ways and inevitable requirements to improve the efficiency of government management, realize the wisdom of government affairs, and serve the society. It is also an important way and inevitable requirement for the construction of smart cities. important parts of.

In terms of products, in addition to the product value of the LED display products used in the "smart" field, LED screen companies need to tap the value of the data they carry. You must know that the smart display system has communication, perception, interaction, Functions such as identification and monitoring have formed a variety of different big data. The entire display system has formed a big data value chain. In the era of big data, this is where the screen companies are really profitable. With the networking of LED display screens, LED smart city terminals are increasingly breaking through the boundaries of the original LED products in terms of product functions and shapes. Their functions are not only the broadcast carrier, but on this basis, they become the sensing, The node that collects the data.

Internet of things, big data, interactive perception, artificial intelligence and other technologies are becoming more and more closely integrated with the LED display industry. In order to better expand the development of LED display under the wave of smart cities, it is necessary for screen companies to further integrate with specific smart city terminal display segments to carry out enterprise value positioning, product innovation, and marketing. This is the LED display. An important option for enterprises to transform and innovate toward the "smart field". Nowadays, there are already many screen companies with insights that are keenly aware of the advent of new business formats in the industry, and adjust their development strategies accordingly, focusing on how to make display products and solutions more intelligent in various aspects such as corporate brands, products, and markets. The layout, the introduction of new products, new technologies, etc. that combine the LED display with the smart ecosystem, which also provides new momentum for the LED display industry that has entered the bottleneck period, and once again glows with new vitality!

At a press conference with the theme of “stimulating consumption replenishment and potential release” held by the Joint Prevention and Control Mechanism of the State Council on March 18, the head of the Industry Development Department of the Ministry of Culture and Tourism stated that digital cultural tourism with digital content as its core The sudden emergence of the industry has risen against the trend. As the epidemic prevention and control situation continues to improve, the digital cultural and tourism industry is increasingly being used as an important starting point for promoting the high-quality development of the industry. The Ministry of Culture and Tourism will take further measures to promote the development of the digital cultural and tourism industry. The cultural tourism industry is not only the embodiment of high-quality development, but also the satisfaction of higher living standards.

Now that the naked eye 3D technology matures day by day, as the carrier of this technology, the large LED outdoor advertising display screen has returned to the public's sight. Recently, the most popular landmarks of glasses-free 3D display screens have brought people a visual shock again and again with their amazing display effects. More and more application cases have been generated. Due to the lack of market awareness, everyone is concerned about this "new guy". "What you have is only freshness. Coupled with the constraints of double the price of its conventional products, and the complicated conditions of playing content and playing software, there are very few customers who can really pay for it. However, it is undeniable that the appearance of naked-eye 3DLED advertising screens has subverted people's perception of traditional outdoor advertising in the field of outdoor advertising, allowing people to see more innovative outdoor media expressions. With the continuous maturity of 5G, artificial intelligence, VR, AR and other technologies, opening a new process of immersive experience, the naked eye 3D LED display industry seems to continue to go uphill, although the speed is still relatively slow, but at least it shows a huge market Capacity, let a lot of LED screen enterprises see the vitality again.

Creativity and technology give the city a humanistic temperature, and the digital cultural travel experience has reached a new height. In response to the need to promote consumption and expand domestic demand after the epidemic, as the pace of urban intelligence is accelerating, the demand for urban beautification and lighting has also expanded. Through the creation of a new business model of “digitalization + cultural tourism landmarks”, cultural tourism will be expanded Consumption in the new space, promotes the upgrading of cultural tourism consumption, promotes "tourism +" cultural creativity, and guides the two-way integration of tourism and digital cultural creativity. This has become a broad market for LED screens and promotes the development and innovation of LED screen technology.

The current domestic technology is not perfect, and the problems of small-pitch products in terms of color saturation, LED dead pixels, heat dissipation, and dizziness and glare caused by long-term viewing have not been effectively solved. However, technical difficulties, with the efforts of major manufacturers, I believe they will eventually be overcome. But the most critical cost issue, I am afraid that it will become an obstacle to the large-scale entry of the LED display into the cinema market in the future. The current cinema system, projectors and screens are still the lowest-priced projection technology, and LED movie screens are relatively expensive. However, Chinese LED display companies have a complete domestic industrial chain and have huge advantages in cost control, and Chinese LED display companies have actively carried out related efforts to promote LED displays into movie theaters, including high-resolution, high-frame Continuous optimization of technical indicators such as speed, high dynamic range, and wide color gamut, as well as deep integration with immersive viewing, 5G transmission and other technologies. In terms of market distribution, although China has the largest number of movie screens in the world, its market distribution is uneven. At present, the first-tier cities have a large share and are close to saturation. The film culture of third- and fourth-tier cities and rural markets has not been fully developed. There are still many blank spots in the market. The number of screens per capita is significantly lower than that of North America and Europe. If the per capita value reaches that of the United States 70%, our total screen volume will double. Such a huge amount of growth is definitely a very impressive number for LED display companies that constantly want to eat the "cake" of the movie market.

With the support of the "14th Five-Year Plan", for LED display companies, pushing LED screens into movie theaters is no longer just a business activity of individual companies, but is burdened with revitalizing domestic display technology and grasping the next era. The wind is the important task of the times to enhance the right to speak in China's manufacturing industry. It is believed that under the active promotion of relevant policies, the R&D and application of LED movie screens in China is expected to usher in a small climax.

Since the 14th Five-Year Plan, 5G+8K, new infrastructure, the promotion of smart city construction, and the acceleration of digital cultural tourism development and other major policies and development trends have enabled the entire LED display industry to usher in a huge blue ocean market. LED display companies need to seize opportunities in emerging markets and continue to innovate in technology and business models. Continuously improve the comprehensive competitiveness, so as to realize the sustainable development of the enterprise.