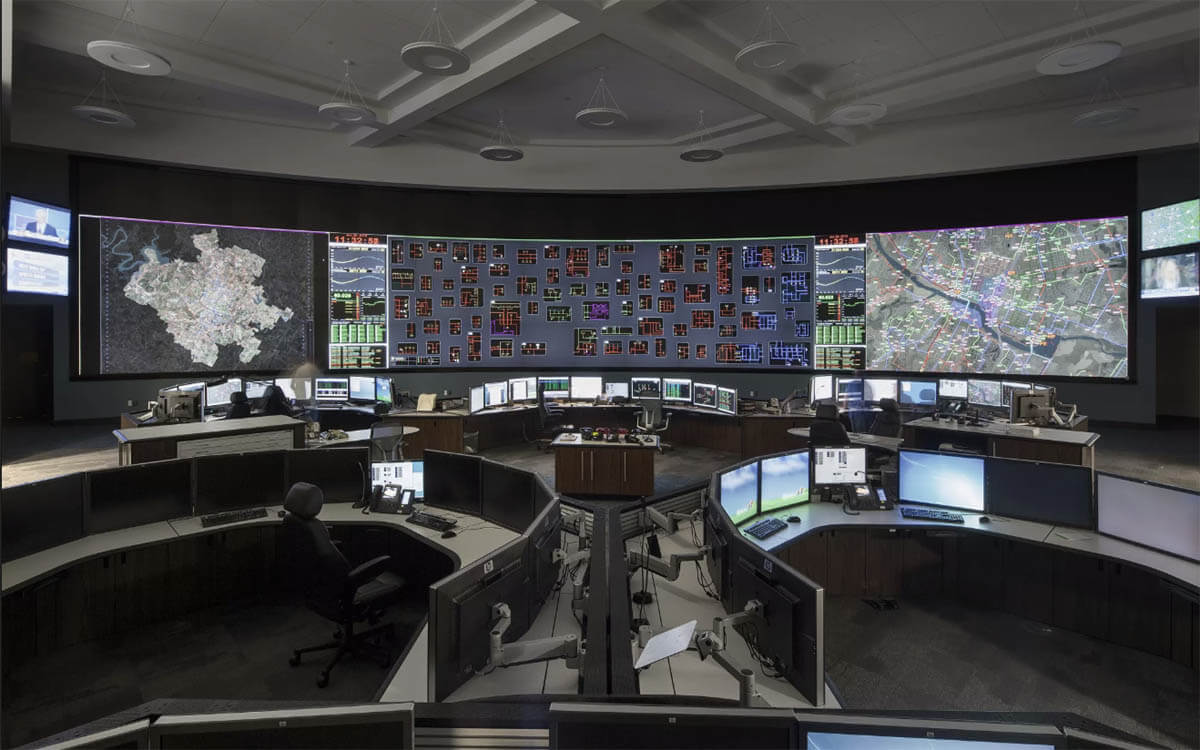 In traditional security systems, video conferencing and video surveillance do not interfere with each other and run at the same time, which means that in order to ensure the normal use of the security system, it is necessary to invest corresponding maintenance costs on the two systems, which invisibly increases the burden of use . The video command and dispatch system integrates video conferencing, video monitoring, and command and dispatch. It truly achieves "visible, clear, clear call, accurate information, accurate positioning, and quick response" to ensure that information is collected quickly and accurately. Orders are issued quickly, which greatly improves the response speed and processing efficiency for emergencies. Provide long-distance, high-speed wireless real-time transmission for fire command, rescue, fire situation, reconnaissance, etc., which greatly improves the speed and efficiency of emergency command and dispatch.

"Workers must benefit themselves if they want to do good things." Strengthening the army through science and technology is an important direction for my country's army building in the new era. The video scheduling system is suitable for military combat training needs. It exerts powerful visual real-time interactive command capabilities in various military training exercises of the military. Through this platform, the command post, training field and even the field exercise site can be connected as one, and the military Combining the situation of the exercise site to achieve a close integration of theoretical training with actual troops, installations, and live ammunition operations.

At the same time, the military modernization management of military airports and military terminals puts forward higher requirements for comprehensive management. The application of command and dispatch enables relevant chiefs and personnel on duty to keep abreast of all matters that occur at the airport or terminal site in their own offices. Provide a strong basis for handling relevant situations and decision-making.

Rail transit, as the most important public transportation facility in the city, has the characteristics of large capacity, short departure intervals, and fast speed. In order to ensure the normal operation and maintenance of rail transit, the role of command and dispatch system is particularly important. Therefore, the application of the urban rail transit emergency dispatch command system mainly uses information technology to improve emergencies, and improve the efficiency of emergency handling and emergency response of train dispatching command. 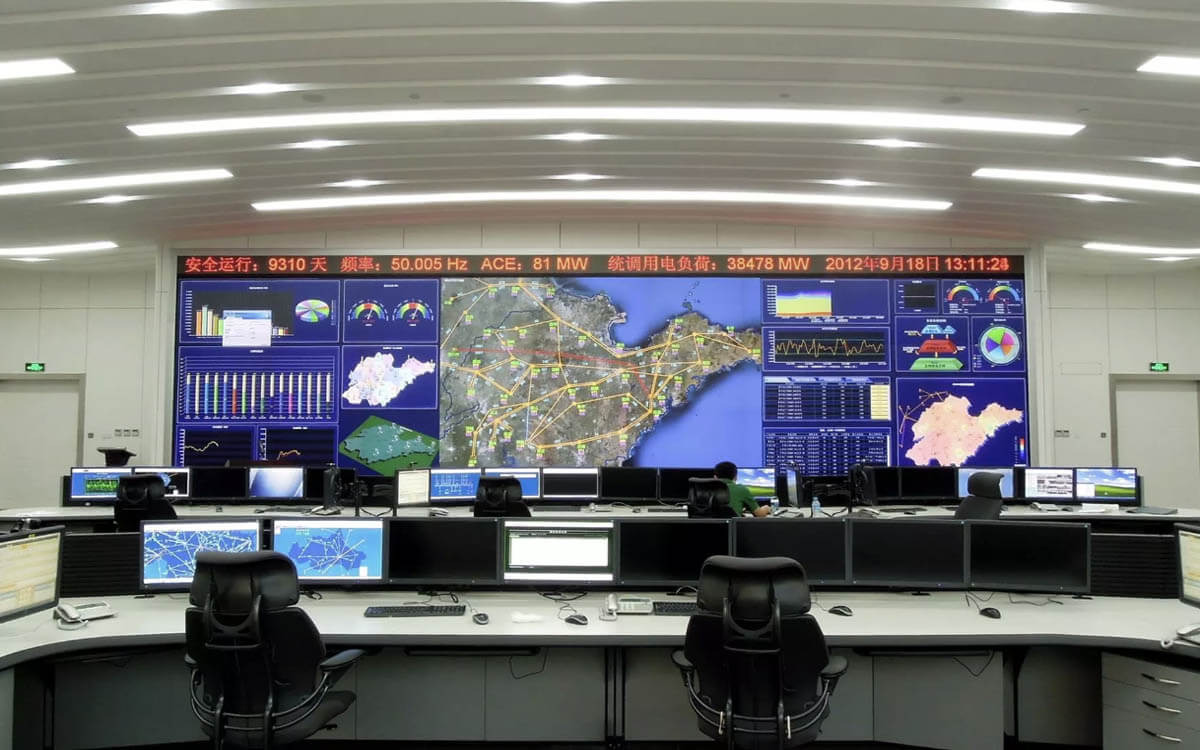 The command and dispatch market is the high-end market of the pyramid of the large-screen display market. DLP splicing large-screen products have always been the evergreen tree in this market, and it is also a more reliable display technology in terms of reliability and stability. However, the splicing gap is still an important factor affecting the visual experience. Due to the physical characteristics of DLP splicing and LCD liquid crystal splicing, there are more or less seams. The development of technology can only shrink the seams, but cannot make them disappear. The LED small-pitch display has greater flexibility in splicing due to its seamless splicing feature. At the same time, the LED small-pitch display has a better consistency in terms of consistency. The mature point-by-point correction technology makes its adjustment process. Simple and easy to maintain.

From the composition of the entire industry chain, we can also see that the advantages of LED small-pitch displays are very obvious. Because LED small-pitch displays are in the semiconductor industry, they are affected by Moore's Law, including chips, packaged devices, driver ICs, and control systems. The performance improvement speed of the main materials and the cost reduction speed are very fast, and the small-pitch LED display is currently the only display technology that can achieve localization in the entire upstream, midstream and downstream industry chain. Its cost-effectiveness also makes its competitiveness more performance. For outstanding.

First of all, the command and dispatch center application is characterized by its uninterrupted operation around the clock, coping with huge amounts of data, requiring strong information collection, rapid response, overall coordination, and comprehensive scheduling capabilities, and the stability of small-pitch LED display products and equipment , Durability and easy maintenance have become the key to the selection of the command and dispatch center; the new appearance design of the small-pitch LED large screen, easy to disassemble, beautiful and generous, and can effectively reduce the failure caused by the wiring, etc., and greatly reduce the failure rate of the display. , Which can reduce the manpower and financial investment for later maintenance.

Secondly, the temporary emergency command and dispatch center is always facing emergency handling after major incidents and natural disasters. In the emergency command, various environmental and emergency situations may occur, such as natural conditions of low air pressure and low temperature in high altitude areas. In addition to stability, the display screen is usually required to be easy to install and transport. The small-pitch LED display screen is usually light and thin, and can be flexibly disassembled. In emergency command, it can flexibly respond to various environments and emergencies.

Again, the main purpose of the display-type command and dispatch room is to receive high-level visits, introduce business and showcase the corporate style. Therefore, the display effect of the large-screen display system is very high. The seamless seam is precisely the advantage of the small-pitch LED screen. The integrated picture can avoid the embarrassment of splitting the picture by the seam between the units, and there will be no brightness difference between the units.

The above-mentioned various advantages can be seen that in the future, small-pitch LED large screens will become more and more favored by command and control room applications, becoming a powerful tool for effectively improving communication efficiency and realizing efficient use and sharing of information in the information age. But at the same time, small-pitch LED displays still have many technological shortcomings that need to be overcome, and companies need to increase R&D efforts and investment to innovate from time to time.

As the command and dispatch center, the core area of ​​highly system integration, highly unified deployment, and emergency handling of emergencies, there is a strong demand for this kind of more accurate visualization technology that helps form judgments. The command and dispatch center can consider more The combination of other display technologies, such as designing special-shaped screens that are more in line with actual geographic conditions, screens that are highly compatible with three-dimensional information, etc., to display visual information better, more accurately, and in more detail, is the constant pursuit of the future command and control center , And it will definitely be a key development direction for the development of small-pitch LED screens in this field.