What does it mean for Mini LED screen to appear at Ningbo Metro Station in Zhejiang?

With the development of the times, from static billboards to display video advertisements, the market's requirements for display forms and effects continue to increase, and led display screens are also playing an increasingly important role. From monochrome to full-color, from large pitch to small pitch to fine pitch, from 2K to 4K to 8K or even 16K, it is not difficult to find that the ultra-high-definition represented by Mini LED technology is led display in the public and transportation market. The applications are constantly infiltrating.

Mini LED screen debuted at the subway station for the first time, jointly built by Alto Electronics and NationStar Optoelectronics

As one of the earliest companies to develop and mass-produce small-pitch packages, National Star Optoelectronics took the lead in deploying Mini&Micro LED as early as 2018 technology , and continued to promote ultra- - high definition display technology the industrialization of . In Mini LED display, mature have been formed technology packaging circuits , and they are cutting-edge technology highly recognized by the market due to their advantages and high-quality product guarantee. 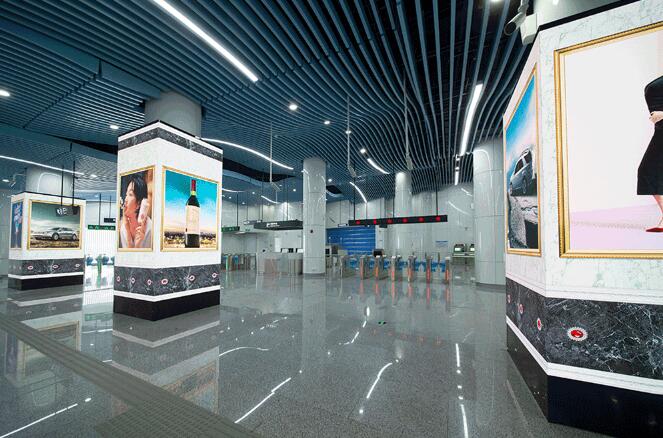 A few days ago, Zhejiang Ningbo Metro Line 4 was officially opened, and it instantly became a new online celebrity attraction, especially the unique scenic line that appeared in the station-16K+Mini LED large screen. The combination of urban characteristics and advanced technology is even more impressive. bright. The subway LED project, including wave screens, corner screens, pillar screens (right-angle screens), sandwich screens and other creative shapes, all use IMD-F15 provided by NationStar Optoelectronics as the core display device. It is worth mentioning that the horizontal resolution of the wave screen and the corner screen both exceed 16K, which is currently the largest and highest resolution LED electronic screen in domestic subway stations, which is particularly eye-catching.

At the same time, a stable display device is led display behind the most important support, led display numerous application scenarios, and easy underground flow of people and more humid environment for moisture resistance and color contrast and other performance products presented new challenges.

by IMD used in the IMD-F15 product of National Star Optoelectronics technology The lamp beads encapsulated solves the fragility and untouchability problems of SMD discrete devices. It has higher air tightness and stronger anti-stubbing ability, and the product reliability is even better. Floors.

The IMD-F15 product has a better appearance and color consistency, and has obvious advantages in contrast, grayscale, resolution, seamless splicing, and unlimited expansion. It further upgrades the display quality performance, advertising and beautification. The entertainment effect kills two birds with one stone.

Thanks to the increase of SMT efficiency by several times and the reduction of PCB layers (at least 4 layers), the National Star IMD technical solution can reduce customers' costs in multiple dimensions and create more value for customers.

Mini LED stand out, application prospects can be expected

According to LEDinside's analysis, if there are no major macroeconomic changes in the future, global LED displays are expected to maintain a compound annual growth rate of 16% from 2020 to 2024. With new display such as small pitch and Mini LED technologies the development of , led displays the application tentacles of are extending to more fields. Among them, the transportation market represented by subway stations and airports, as a major application scenario for display industry manufacturers, has also caused among display such as LCD, LED, and OLED technologies competition .

In contrast, the advantages of Mini led display in brightness, power consumption, viewing angle, color gamut, contrast, grayscale, seamlessness, installation flexibility, etc. are far superior to LCD; it is competitive in the medium and large size market It is also better than OLED with comparable performance. 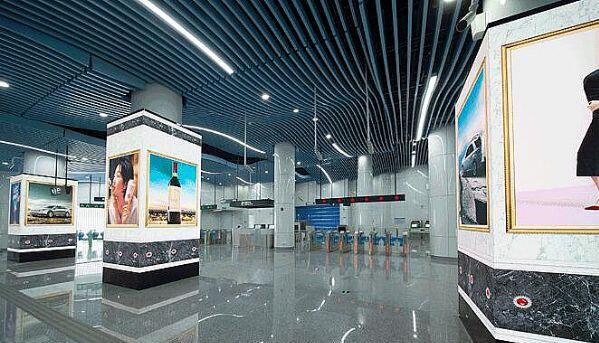 Based on the forward-looking layout and closely following the market development trend, National Star Optoelectronics focuses on digging into the Mini LED display field, increasing investment in scientific research and innovation, and expanding production capacity, such as the construction of the Geely Industrial Park project. The project is mainly used to build R&D and production sites, advanced LED packaging and application production lines, focusing on the production of RGB small-pitch, Mini LED, TOP LED and other products, further consolidating JYLED's dominant position and leading role in the display device packaging industry .

Next, JYLED will actively take advantage of the leader in the LED packaging industry, insist on innovation-driven development, continue to focus Mini LED technology solutions on the optimization and upgrading of , actively expand the application fields of Mini LED products, and for the development of ultra- - high definition display technology. provide strong support , Empower the high-quality development of the LED industry.