OLED vs LED vs LCD– How are they different?

It is no exaggeration to say that 2018 is an important year for screen technology. Ultra HD 4K continues to be used as the standard resolution in the television industry. High dynamic range (HDR) is no longer the next big thing-it's here. It can be said that the same is true for smartphone screens, and their clarity continues to improve, thanks to higher resolution and better pixel density per inch.But for all the new features coming our way, it’s worth taking a minute to consider an old battle going on between two display types. Two display types that can be found across monitors, TVs, mobile phones, cameras and pretty much any other device sporting a screen.

One corner is the LED (Light Emitting Diode). So far, it is the most common display type on the market, and it has this feature in various technologies. However, you may not be familiar with it because it is slightly confused with the label of the LCD (liquid crystal display). For display purposes, the two are the same. If you see an "LED" screen displayed on a TV or smartphone, it is actually an LCD. The LED part only refers to the light source, not the display itself.Then there’s OLED (organic light-emitting diode), which is used in high-end flagship phones such as the iPhone X  and the iPhone XS.

In fact, LED, LCD and OLED, among the three, belong to completely different technologies. Some people say that OLED is the future, but is it really better than high-quality LCD and LED displays? Well, we find the answer here. We will reveal their differences-their advantages and how they work.

OLED vs LED vs LCD – How are they different?

In short, LED and LCD screens use backlight to illuminate their pixels, while OLED pixels actually generate their own light. You may hear that the pixels of OLED are called "emissive", while LCD technology is "transmissive".

The light of the OLED display can be controlled pixel by pixel. It is impossible for LEDs and LCDs to achieve this dexterity, but there are some shortcomings, which we will introduce below.

In cheaper TVs and LCD screen phones, LED and LCD displays tend to use "edge lighting", where the LEDs are actually located on the side of the display, rather than directly behind the display. The light emitted by these LEDs is then emitted through a matrix, which enters our eyes through red, green and blue pixels.

LED LCD screens are brighter than OLEDs. This is of great significance to the TV industry, but it is especially important for smartphones that are often used outdoors in bright sunlight.

Brightness is usually measured in "nits"-about the brightness of a candle per square meter. The iPhone X with OLED has a typical peak brightness of 625 nits, while the LG G7 with LCD claims a peak brightness of 1000 nits. In the TV world, the situation goes even further-Samsung's QLED TV can exceed 2000 nits.

When viewing content in ambient light or sunlight, brightness is very important, but for high dynamic range video, brightness is also very important. This is more applicable to TVs, but phones are increasingly boasting video performance, so they are also important in this market. The higher the brightness level, the better the visual effect, which is only half of HDR. 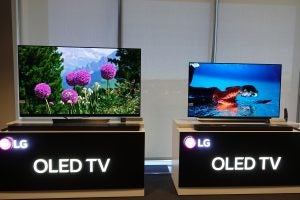 Put the LCD screen in a dark room, you may notice that the pure black image is not actually black because you can still see the backlight (or edge lighting) coming through.

contrast in product specifications, especially on TVs and monitors. Tells you how brighter the white of the monitor is than the black. A decent LCD screen may have a contrast ratio of 1,000:1, which means that the brightness of white is a thousand times higher than the brightness of black.

The contrast of OLED displays is higher. When the OLED screen turns black, its pixels do not produce any light. You will not be darker than this. This means you will get unlimited contrast, although its appearance will depend on the brightness of the LED when it is lit. 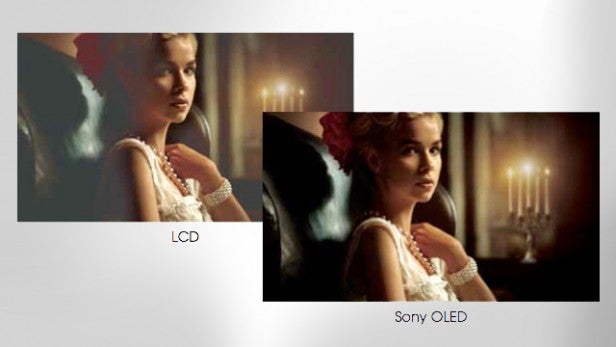 OLED panels have excellent viewing angles, mainly because the technology is very thin and the pixels are very close to the surface. This means that you can walk around on an OLED TV or be scattered in different locations in the living room without losing contrast. For mobile phones, the viewing angle is particularly important because you will not be perfectly parallel to your face.

The viewing angle of liquid crystal displays is usually poor, but it does vary greatly depending on the display technology used. And there are many different kinds of LCD panels.

Perhaps the most basic is twisted nematic (TN). This is the type used in budget computer monitors, cheap laptops and some very cheap phones. It provides a poor viewing angle. If you have ever noticed that your computer screen is dark from a certain angle, it is most likely a distorted nematic panel.

IPS is used in the vast majority of smart phones and tablets, a large number of computer monitors and a large number of TVs. It should be noted that IPS and LED LCD are not mutually exclusive. This is just jargon. Beware of marketing issues and go directly to the specification sheet.

The latest LCD screens can produce fantastic natural-looking colours. However, as is the case with viewing angles, it depends on the specific technology used.

OLED colors do not have the problem of popularity and vividness, but early OLED TVs and phones have problems in controlling colors and maintaining fidelity. Today, the situation is better-the Panasonic FZ952 series of OLED TVs are even suitable for color grading studios in Hollywood.

The problem with OLED is the amount of color. In other words, a truly bright scene may challenge the OLED panel's ability to maintain color saturation. Manufacturers that support LCD are happy to point out this weakness. 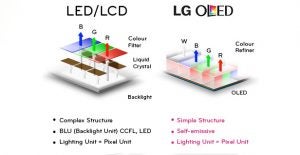 Which is better – OLED or LED LCD?

This is a close call, but in terms of absolute numbers, LCD is definitely better than OLED. LED LCD has been around for a long time, and its manufacturing cost is lower, which allows it to seize the opportunity when the market is saturated. However, OLED is an excellent luxury choice, and OLED technology is booming. OLED is already better than LED LCD in handling darkness and lighting accuracy.

If you have a limited budget, you will almost certainly get an LCD-based screen whether you are buying a phone, monitor, laptop or TV. At the same time, OLED is still a more luxurious proposition.

However, the dominance of LCD is slowly disappearing. OLED technology is developing rapidly. This technology has been used in the best smart phones and has also caused a huge sensation in the TV industry.

Which is better? Even if you eliminate money from the equation, it actually depends on personal taste. Neither OLED nor LCD LED is perfect. Some extol OLED's techniques for dealing with darkness and its lighting accuracy. Others prefer the LCD's ability to brighten and maintain bright colors.

How do you decide? Stop reading this book and go to the store to check it yourself. Although the workshop is not the best environment for evaluating the final image quality, it will at least provide you with an opportunity to understand your priorities. Whether you choose to support LCD or OLED, both technologies are quite mature, and you can rest assured that this is a relatively safe investment time.