The solution of LED screens for cares 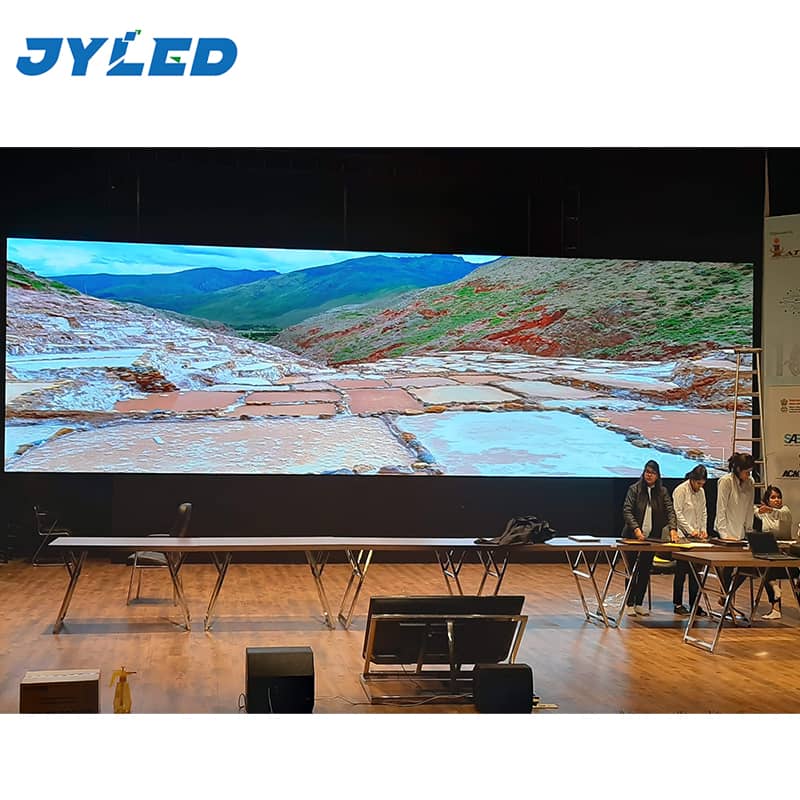 JYLED LED video wall uses SMD technology to provide the clearest image with the widest viewing angle on the indoor curtain LED screen, so the audience can enjoy the clear and realistic effect without facing the LED screen. For customers with outdoor meeting needs, we can also provide ultra-thin outdoor rental LED screens that use DIP technology to provide high contrast, and can obtain clear and vivid images at the highest brightness even in direct sunlight.

1. Whether it is a TV studio or live broadcast, its refresh frequency exceeds 4000HZ to ensure the image fidelity and flicker-free;

2. The JYLED LED video wall integrates a quick assembly system with a quick locking mechanism, which can assemble the cabinet in a short set-up time, and the entire screen is firmly and seamlessly connected;

3. The ultra-thin rental LED display design makes the appearance of the LED screen more beautiful. Not only provide clear and smooth images, vivid and bright colors bring amazing visual effects, the screen itself is a bright and charming scene;

6. Generally, the JYLED LED video wall is equipped with 820C, LVP603s, LVP605S and other video processors to achieve a variety of signal input requirements and image effects. Equipped with professional audio and video systems, the stage LED wall can create virtual scenes and vivid color effects.

The JYLED LED video wall represents a vivid prospect and can create unreal effects for movie studios and digital stages. With the imaginative solution of our JYLED LED video wall, no matter what the event is, it can attract customers and enhance the audience experience.