What is the museum's LED display for?

With the numerous changes of the scene, sometimes placed in the colorful architectural glass components, sometimes into a vast amount of historical documents......

This is not a scene from a science fiction movie, but a microcosm of a corner of the museum of wisdom in the future. With the development of the Internet of Things, edge computing, big data, artificial intelligence and other technologies, any way we expect to learn about ancient civilizations may become a reality in the museum we are familiar with.

Museum is the important carrier of social history and culture, enlightenment is to understand the past, think about the present and the future of the important places of public culture, in the information technology revolution, the Internet of things, cloud computing, big data, and the appearance and development of mobile communication technology, artificial intelligence to things, people, dynamic two-way data transmission as the core the wisdom of the museum is on the horizon.

During the period of COVID-19 prevention and control, with the help of the Internet, many museums have adopted the method of "cloud brush museum", which has gained a large number of fans. 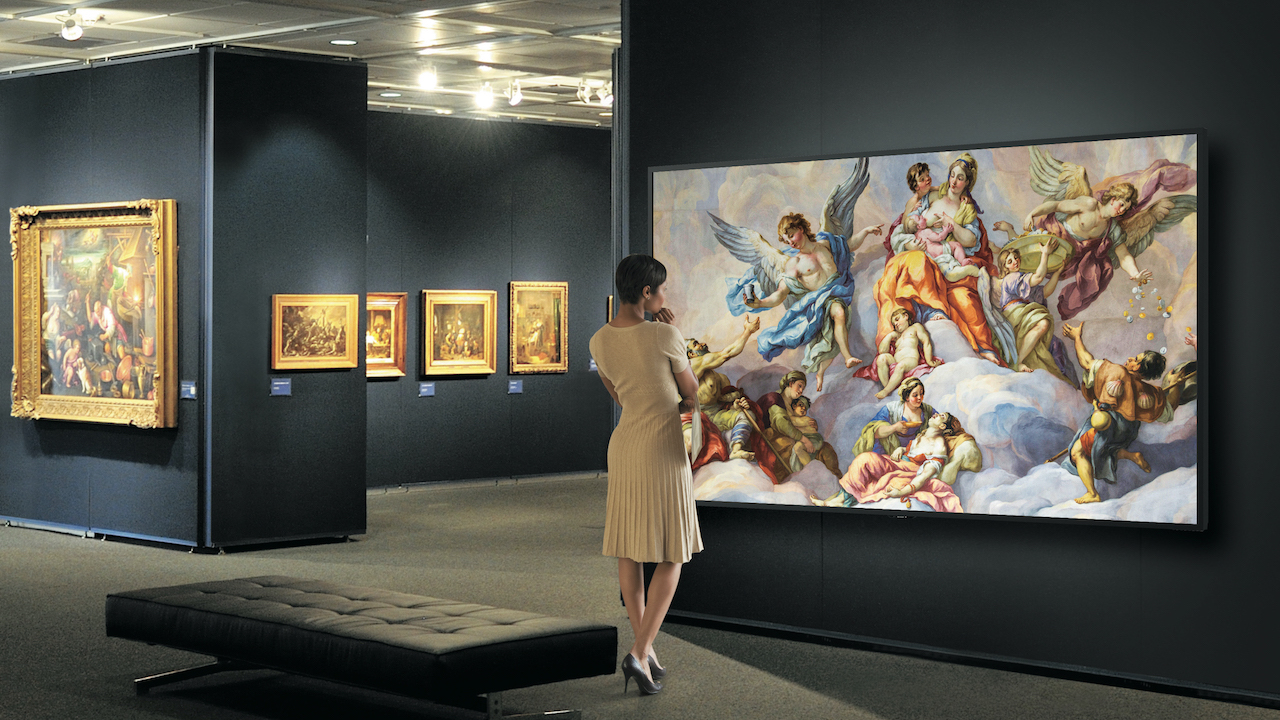 The official website of the National Museum of China has a section called "Online Exhibition Hall", which contains many fine exhibitions such as "The Elegance of Tang Dynasty".

Whether applied to interaction or presentation design, reliability is a requirement.

Crowding is both a guarantee and a concern for electronic devices in public places, as thousands of people visit each year.

3.Touch display adds a new dimension to the experience

The touch-screen display allows visitors to interact with the exhibits in ways that have never been possible before.

Users can now become part of the exhibit, further immersing themselves in the history and culture of the museum's exhibits.

The vivid image description on the wall of the LCD splicing screen can more attract the attention of the audience, so that they are far away from the wall of the display screen or in the crowd's attention, attract over.

Liquid crystal Mosaic walls are a perfect complement to any exhibition and can enhance the transmission of information.

LED display is a kind of museum by controlling the display mode of the semiconductor light-emitting diodes (leds), is made up of a number of usually red, green, and blue light of small lights, lights to display character, color is rich, display mode and changeful, there are mainly graphics, text, three-dimensional, two-dimensional animation animation display screens, television and other information.

When it comes to LED display equipment in museums around the world, there are some general trends.

Although the exhibitions and missions of each organization differ, most museums need similar displays to help them operate successfully.

Therefore, the use of museum LED display can bring more visual feelings for visitors, and make it more convenient for visitors to understand the history of museum exhibits, which greatly improves the popularization function of the place where the museum should perform in the province.