The full-color LED display is composed of many mutually independent pixels arranged. Due to the separation of the pixels, it is determined that the control and driving of its light emission can only be carried out in a digital way. The light-emitting state of these pixels is synchronously controlled by the controller and independently driven. Video true color display means to control the brightness of each pixel separately, and to complete it synchronously within the specified scanning time. The full-color LED display is composed of tens of thousands of pixels, which puts forward higher requirements for the overall data transmission speed. 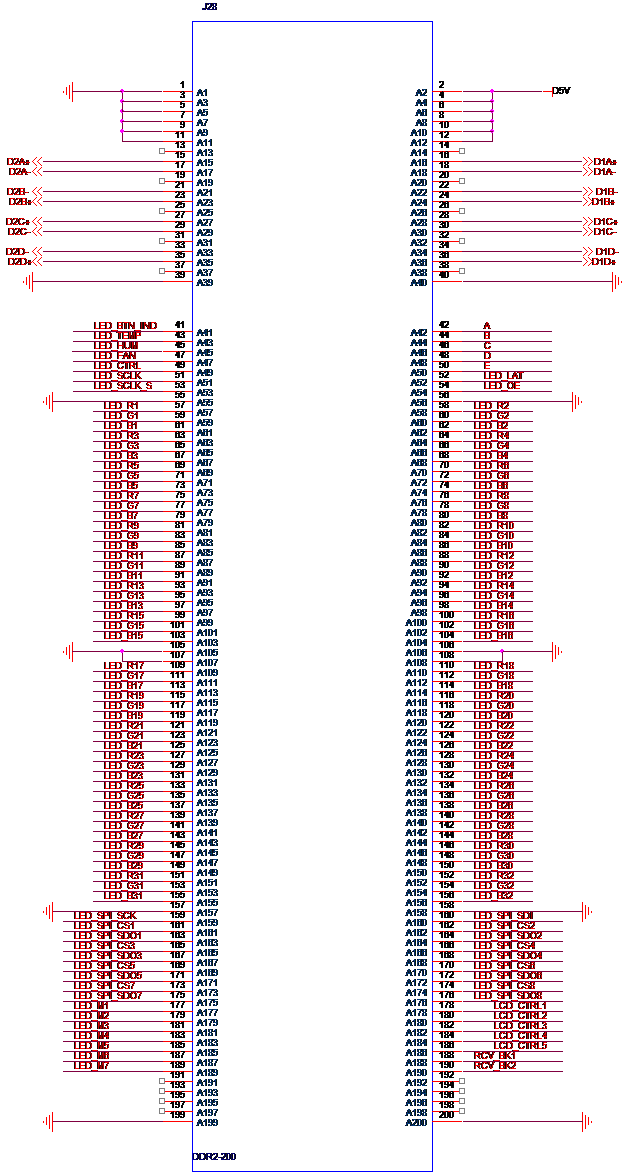 Suppose the data refresh cycle of the full-color LED display is D, and the data to control the brightness of any pixel is an n-bit binary number

Ton is the light-emitting time corresponding to D, and the duty cycle of pixel on/off is:

This expression can be implemented with a preset subtraction counter, but a counter for each pixel will make the display circuit extremely complicated. The above formula is rewritten as: Ton=Ts bi2i, which means that Ton can be divided into several time periods, because when it is small enough, the Ton synthesized by several separated time periods has the same visual effect as the continuous Ton with the same total length.

Therefore, in general, for n-bit binary data D=bi2i, divide Ts into n segments, and select an appropriate time division function f(i), so that the i-th segment Ti=Tsf(i), where 0Tibi=Ts f( i)bi, then d=Ton/Ts=Tibi/Ts=f(i)bi is the on/off duty ratio of this pixel. Since the function f(i) can be common to all pixels, the above formula shows that as long as f(i) is used to control each pixel uniformly, all pixels of the full-color display screen can be independent and synchronized. D/T conversion. For a single pixel, the circuit in Figure 1 can be used to achieve the above formula. The SFR in the figure is an 8-bit shift register, and the figure is the waveform of the time division function f(i).

The full-color LED electronic display drive circuit usually adopts the structure of "serial shift + latch + drive" in order to reduce the data transmission line as much as possible. To realize the above formula at the same time on the full screen, it is enough to control all ST signals uniformly by f(i). Of course, the prerequisite for this is that the shift register is required to store the same weight bits in the control data of each pixel, and this can be done through pre-data processing.