What are the requirements for installing large led display screens in stadiums?

The large LED display screens in the stadiums mainly display the live events of the games, the time of the games, the scores, and sponsors' advertisements, etc., which are generally distributed inside and outside the stadiums. It can make the audience feel very shocking and have different visual experience and enjoyment.

At present, there are many international and domestic sports events, such as NBA, CBA, Olympics and other events. LED display screens have almost become a rigid demand for gymnasiums. The large LED display system has replaced traditional lights and CRT displays, and has become one of the necessary equipment for modern gymnasiums. Now let's take a look at the special requirements of the large LED display in the gymnasium. 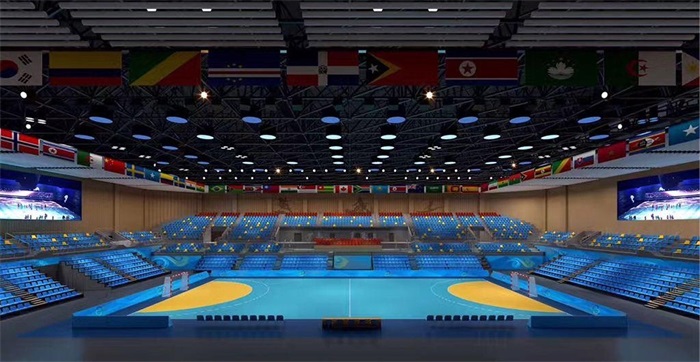 1. The safety and stability requirements of the stadium’s large LED display screen

Public places, safety first, sports competitions, large-scale events have a large number of spectators. As long as there is a little mistake, it will have a great impact, so the stability of the engineering quality is the most basic requirement of the user.

For example, the use of optical fiber transmission can avoid signal attenuation and will not cause delays in live or rebroadcast images. Certain protective pads can also be used to prevent safety accidents. It can be powered by dual power supplies. When one power fails, the other one can be automatically turned on without affecting the normal display of the large LED screen.

In the gymnasium, the large LED display screen can not only broadcast live through the camera, but also broadcast TV and satellite TV programs, play VCD, DVD, LD and various self-made video signal programs, support PAL, NTSC and other formats, It can also display various graphic and video information through the computer, and it also needs to be able to connect to the referee system, timing and scoring device, and the LED screen can display the game time and score in real time.

3. The flame-retardant rating, protection rating and heat dissipation performance of the large led display screen are better, especially for outdoor sports events held in stadiums, which need to take into account the volatile climate environment. For example, the south must be protected from moisture, the plateau area must be protected from the cold, and the desert area must be considered for heat dissipation. 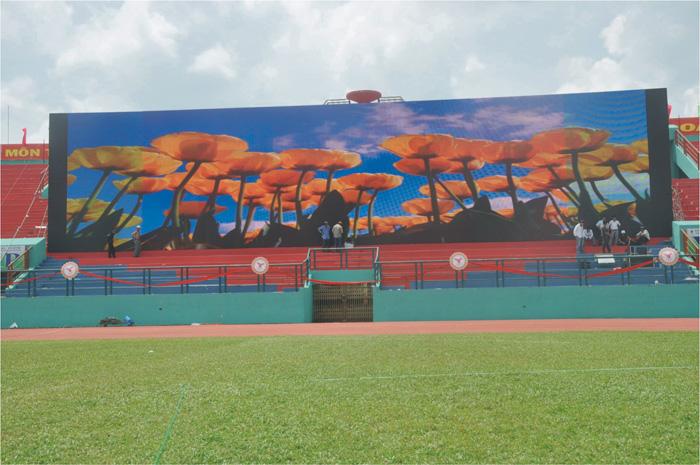 4. the large LED display screen of the gymnasium requires a wider viewing angle and a higher refresh rate to ensure a clear display of the video. Especially when introducing player information, scores, slow-motion playback, highlights, slow-motion playback, close-up shooting, etc., the audience’s perception should be taken into consideration.