What packaging technology does the small-pitch LED display have? 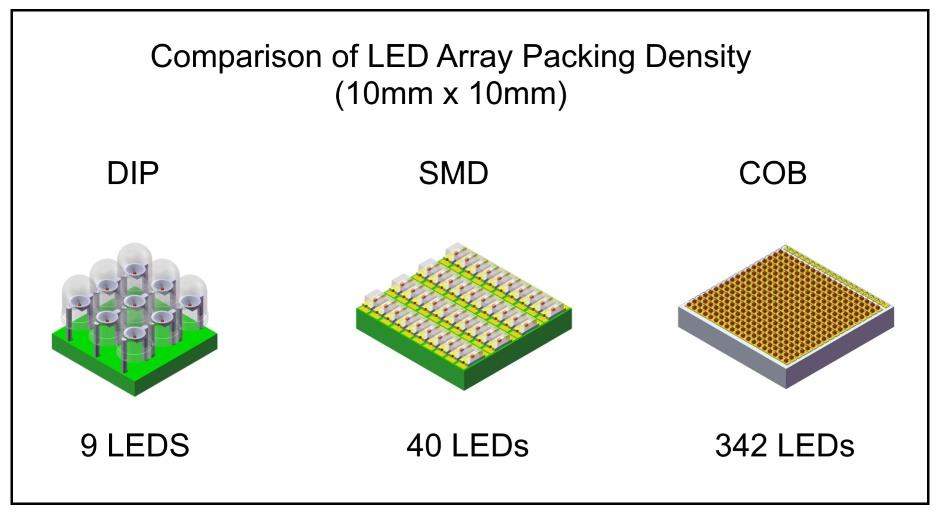 The surface mount (SMD) package is to solder single or multiple LED chips on a metal bracket with a plastic "cup" frame (the pins of the bracket are connected to the P and N levels of the LED chip respectively). The inner potting liquid epoxy resin or organic silica gel, then high-temperature baking molding, and then cutting and separating into individual surface mount packaged devices.

2, a new integrated packaging technology IMD (four in one)

LED display companies have a deep technical accumulation of SMD placement process, and "four-in-one" packaging is a further development based on the inheritance of SMD packaging.

The "four-in-one" Mini LED module IMD package integrates the advantages of SMD and COB, and solves the problems of ink color consistency, splicing, light leakage, and maintenance. It has the characteristics of high contrast, high integration, easy maintenance, and low cost. It is a better compromise on the road to smaller spacing.

At present, "four-in-one" Mini LED modules use formal chips for cost considerations. As packaging manufacturers make more requirements for chips, they will further introduce "six-in-one" or even "N-in-one". "Program.

COB packaging is a kind of bare chip with conductive or non-conductive glue adhered to the interconnection substrate, and then wire bonding to achieve its electrical connection. COB packaging uses integrated packaging technology, because it saves a single LED device, and then mounts the process after packaging.

It can effectively solve the problems of SMD packaged display screens, because the dot pitch is continuously reduced, the process difficulty is increased, the yield rate is reduced, and the cost is increased. COB is easier to achieve small pitches. As of 2021, through COB packaging technology, the pitch of the LED display can already be 0.4mm. Therefore, with the development of future technology and the decrease in cost, LED display will replace LCD display in some smaller devices. Above, such as watches and mobile phones are also possible.