Home » How is the interactive LED floor tile screen so fire?

How is the interactive LED floor tile screen so fire?

Because the video effect of the LED floor tile display is preset in the computer, it is only a simple control output, and will not have any interaction with the people on the stage, and the display method is monotonous. With the development of touch technology in recent years, luminous floor tiles that interact with people have appeared, which can not only bring visual enjoyment to users, but also present real-time picture effects by following the activities of the human body, enhancing the interest of the scene. 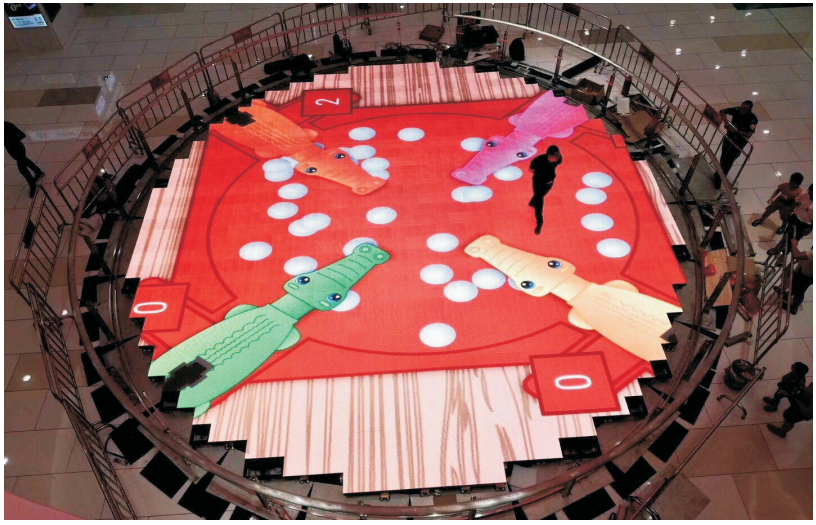 The LED floor tile screen is a personalized LED display specially designed for the ground. Compared with the traditional LED display, the LED floor tile screen has been specially designed in terms of load-bearing, protection performance, and heat dissipation performance, so that it can adapt to high-intensity trampling. , long-term normal operation. As the technology continues to mature, on the basis of the floor tile LED display, devices such as pressure sensors, capacitive sensors or infrared sensors are loaded.

When a person moves on the floor tile screen, the sensor can sense the person’s position and trigger information. Feedback to the main controller, and then the main controller logically judges and outputs the corresponding display effect, which is the current hot interactive LED display.

For example, with the help of infrared sensing, it is possible to track the trajectory of people’s movements, and to follow the activities of the human body to present real-time picture effects, so as to achieve effects such as actors and audience walking, water ripples appearing under their feet, and flowers blooming.

At present, the pixel pitch of LED floor tile screen includes 2.84mm, 3.91mm and 4.81mm. It is lightweight, flexible, and easy to install and maintain. The size of the box is 500x500mm and the weight is only 4.5KG. The interactive sensing function can be added according to customization needs. And the load-bearing capacity is above 1.5 tons/㎡, which can load cars to drive on its surface. The surface layer features a face shield treated with matte technology, which can be non-slip and anti-glare. The times are progressing, and the fields and forms of LED display applications are constantly changing. If it is said that the conventional LED display “standing” on the ground is quite satisfactory and lacks personality, and the giant sky-screen LED display suspended on the ceiling is out of reach, then the interactive LED display that tiled the ground and can realize human-screen interaction is undoubtedly become people’s first choice.

Just like the application of LED interactive floor tile screen on the glass plank road. In recent years, glass walks have been very popular among tourists. According to incomplete statistics, in the past three years, more than 60 glass walks have been opened in China. The heat dissipation performance and other characteristics make it the best partner for application in combination with the glass plank road. Its realistic picture quality effect and stereo sound effect add interest to the whole project and attract a large number of tourists. The LED interactive floor tile screen has become a “sweet pastry” for developers of major scenic spots, ushering in a huge and rapidly growing market. 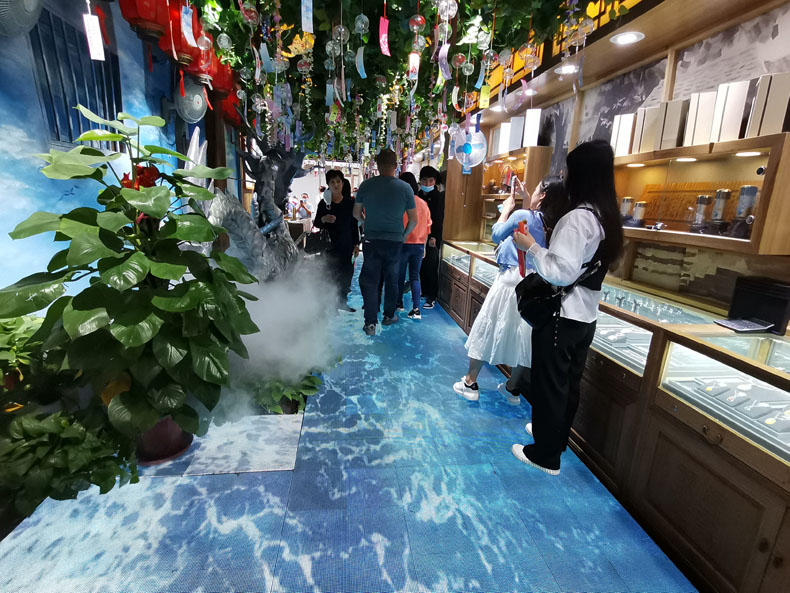 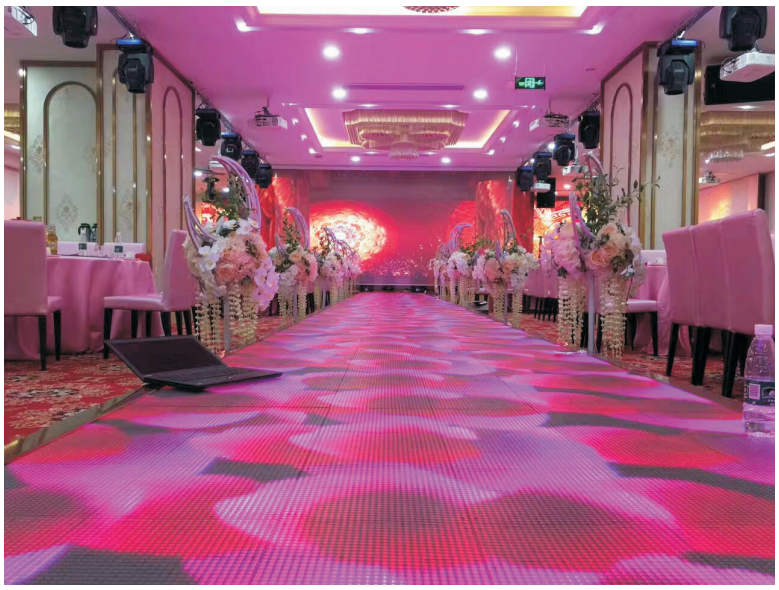 Born for stage beauty to create an immersive viewing experience

At the beginning of its establishment, the interactive LED display floor tile screen was actually born for the stage. In order to bring a more shocking dance effect, the innovative interactive LED display can design the video content in advance, and then meet the needs of the stage. Achieve an effect of asynchronous playback. The expression effect presented is also very clear and colorful, giving people a three-dimensional sense of space, unveiling a new course of stage beauty, and bringing a gluttonous feast to the audience.

Nowadays, the huge effect of the interactive LED display floor tile screen in the stage performance has been used to the fullest, live broadcast, wonderful scenes, slow-motion playback, close-up shots, the creation of special background environments, etc., to maximize the artistic conception of the performance, The combination of realistic pictures and shocking music can create a very modern scene that makes people feel like they are there.

The development of the performing arts market promotes the further improvement of the stage requirements. In order to create the best live effect for the concert and attract more audiences, LED manufacturers and stage designers have invested a lot of money. With the gradual maturity of induction technology, the combination of VR, holographic projection technology and LED floor tile screen is becoming more and more common. In recent years, there are many classic stage art cases.

For example, at this year’s Jiangsu Satellite TV New Year’s Eve concert, LED interactive floor tile screen Combined with holographic projection technology, Luo Tianyi, a two-dimensional virtual singer, appeared gracefully in the form of skating, and drew a beautiful ice mark on the stage. While setting off the stage atmosphere, it brings more possible performance forms to the audience.