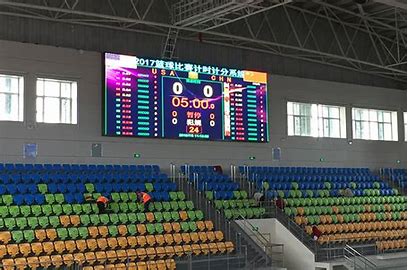 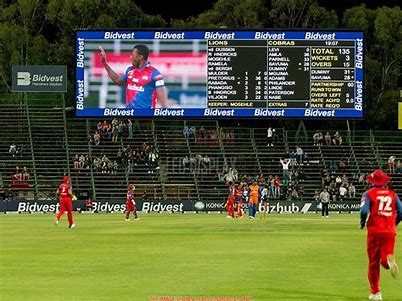 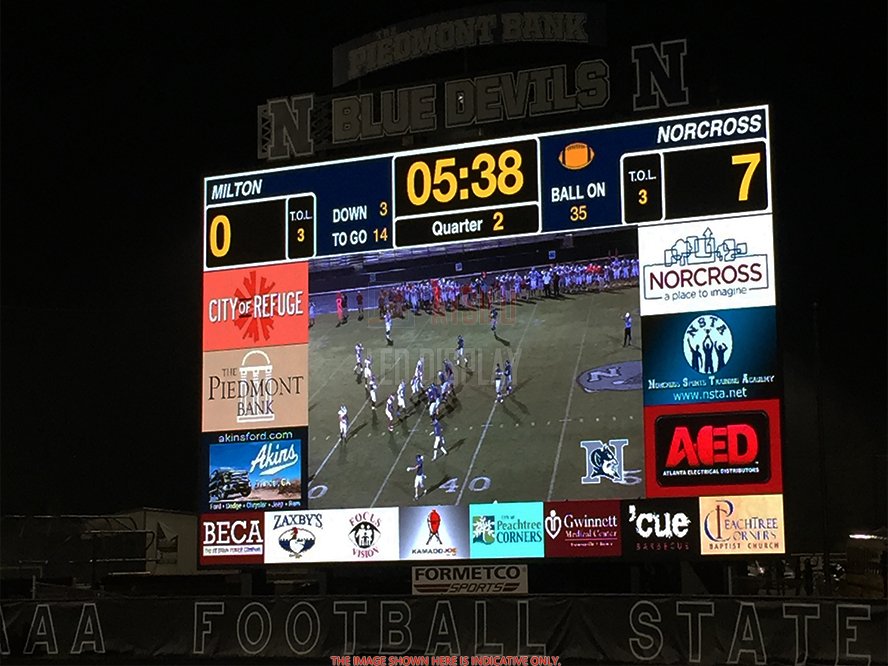 The live video wall is composed of many LED displays, including ceiling-mounted, curved, freestanding, etc., with the advantages of wide viewing angle and high image clarity.

It can display the whole image or be divided into different windows, so as to ensure that each Viewers at the location will not miss every highlight of the live broadcast of the event.

At the same time, it relies on the characteristics of high contrast, high refresh rate and high color reproduction, which can truly synchronize the battlefield conditions and attract potential sponsors. 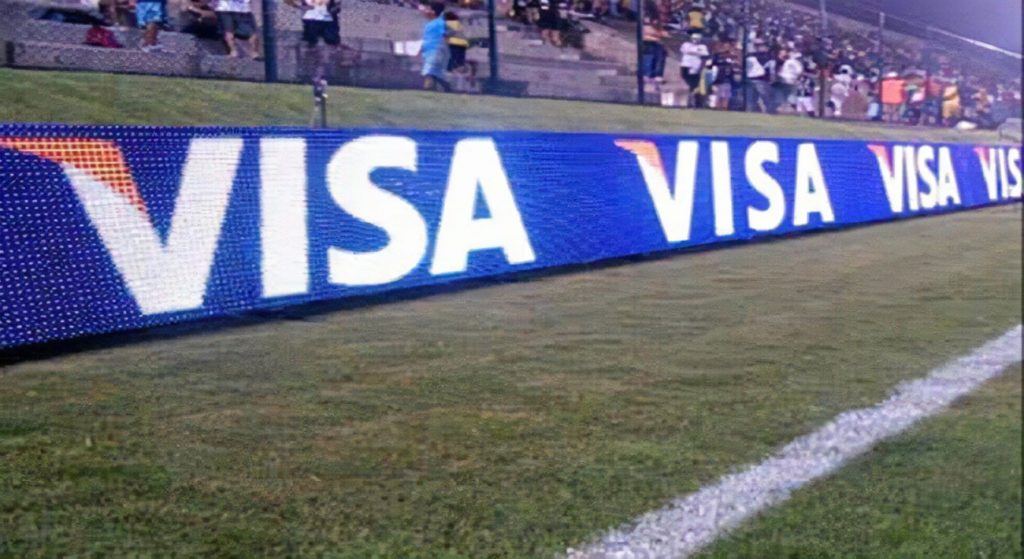 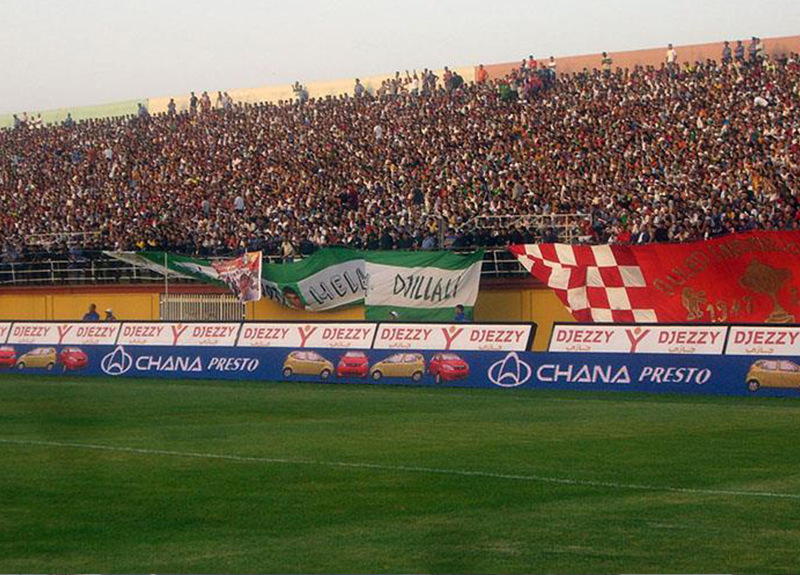 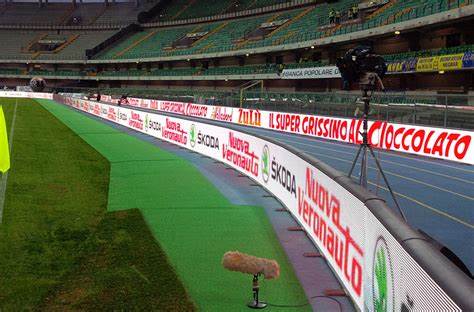 The stands of stadiums are generally equipped with fences. The use of fenced display screens can not only replace the fences in the stadiums, but also display and play more content on the display screen, so as to fully meet the display of football, basketball and handball events. need.

Taking the UEFA standard of UEFA as an example, the fence LED screen requires accurate color rendering of the brand LOGO, and a high refresh rate can effectively avoid black lines and flickering during live broadcast. In addition, the stadium fence screen adopts an anti-collision design.

On the one hand, it can ensure stable operation under high-intensity impact, and on the other hand, the soft mask can also prevent players from being injured. 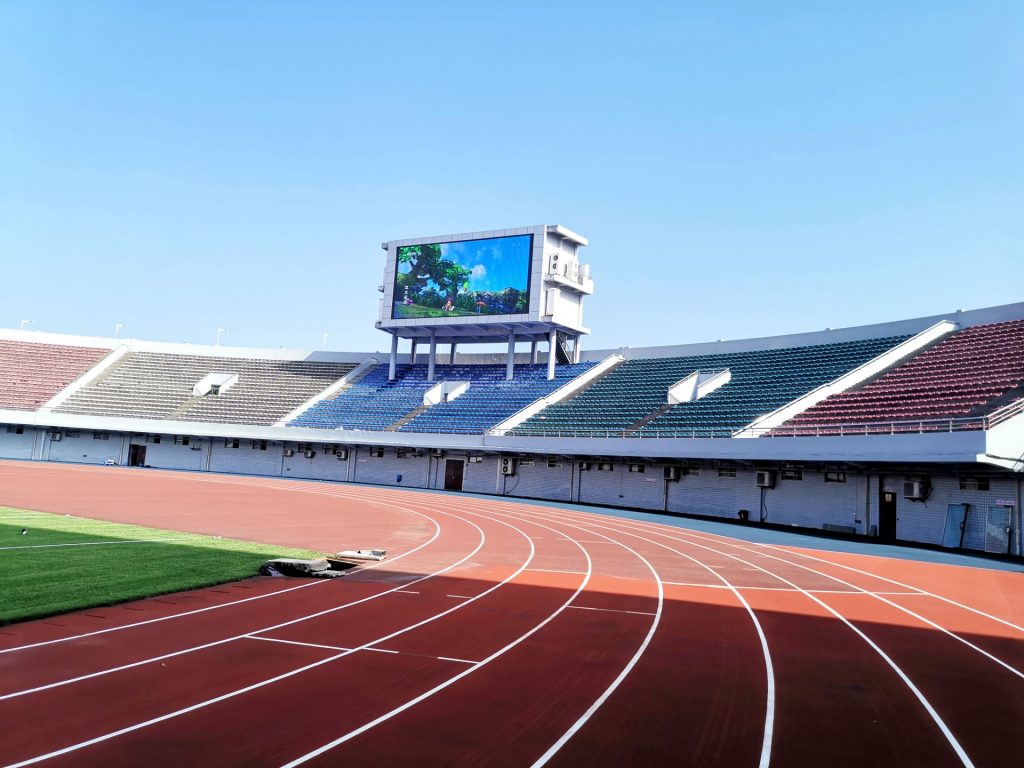 On the one hand, the central hanging (hoisting) LED display can be used to centrally display game information, game scores, timing information, and players’ technical statistics.

On the other hand, it may be divided into multiple areas, displaying various statistics, graphs, animations, live or broadcast,

In the system, the screen in the entire network can also be divided, managed, released, updated, etc., and interact with the audience, thereby enhancing the atmosphere of the scene. 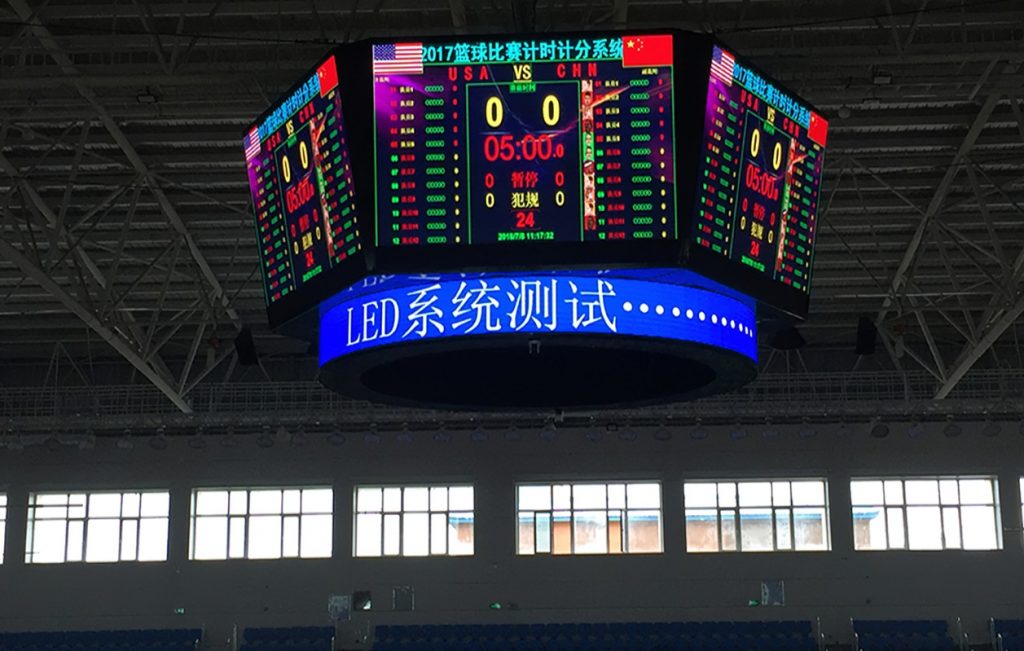 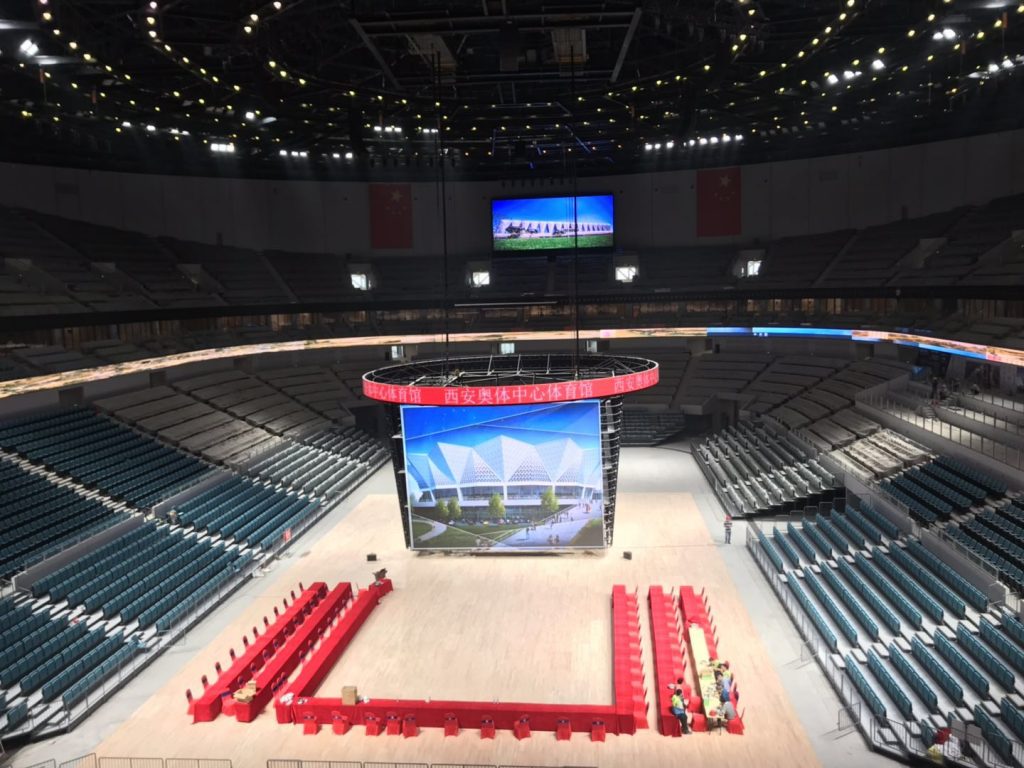 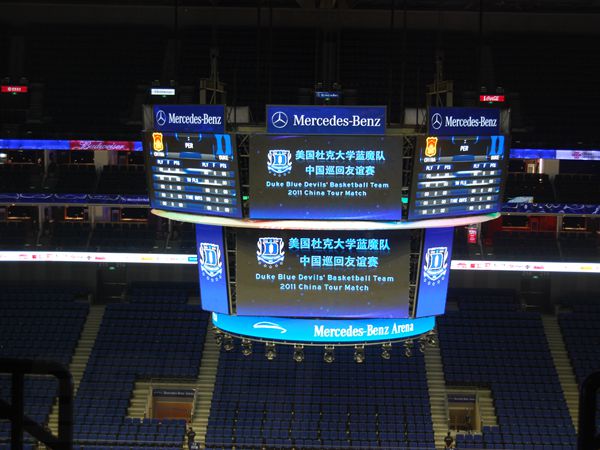 The LED bucket screen realizes the perfect multi-screen zero refresh synchronization function. No matter from which angle the screen is viewed, you can enjoy zero delay, zero freeze, and 100% accurate synchronization effect.

It not only meets the high standards of NBA competitions, but also has the function of lifting and adjusting (vertical movement) to meet the needs of competitions and performances. It is an indispensable part of the stadium.

By hanging an outdoor LED display in a building or building, it is used to publicize the wonderful moments of the past, or the overview of the recent game.

People who come and go can see that it not only has a wide range of radiation, but also plays a very good role. publicity effect,

Just sitting in the monitoring room, you can have an unobstructed view of the entire stadium, which is very convenient. 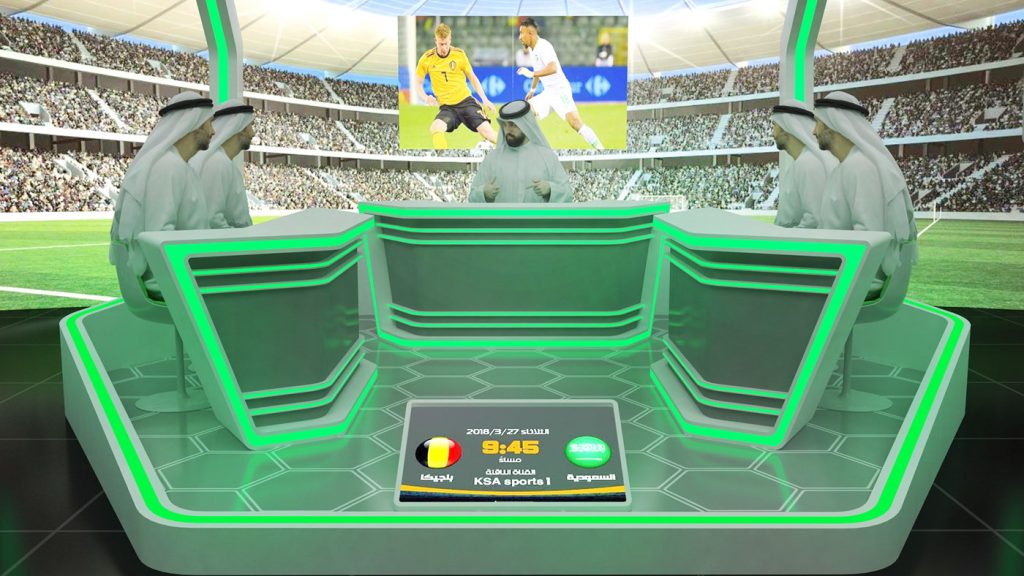 The LED display around the stadium has become an essential facility for large stadiums, and it can be seen in large or super-large events such as the Beijing Olympics, European Cups, and NBA events. In addition to the content described above, let’s learn more about the relevant information in more detail.

First. The main purpose of LED display around the stadium

1. Introduce the players’ information and the actual situation of the competition site. Through the super-large and ultra-clear live game screen, the restrictions between seats are broken, so that distant audiences can easily watch exciting and exciting games.

2. Connect to the referee system and timing scoring system, and the LED screen can display the game time and score in real time.

3. The slow-motion playback has become the basis for the referee to make a correct decision, maintaining the fairness and justice of the game and reducing unnecessary conflicts.

4. Highlights, slow-motion playback, close-up shots, and the presentation of each frame bring a perfect visual feast to the audience.

5. The broadcast of commercial advertisements adds icing on the cake to the competition site, and the perfect picture quality and sound effect make the competition atmosphere more exciting and shocking.

It is used to broadcast highlights from the field (including other fields) live at the game, or to replay the highlights in slow motion or close-up shots of the highlights, etc.

The LED fence screen is mainly used to play commercial advertisements. It is composed of many single LED boxes connected by a snap-type connector, which can be quickly and easily disassembled and maintained. There are separate support feet behind each box, through which the angle between the screen and the ground can be adjusted to ensure the viewing angle.

2. Funnel-shaped LED display: It is mainly used in the sky above indoor stadiums, and is installed in a suspended manner to introduce live broadcasts of athletes, scores, and progress of events. More common in basketball venues and multi-purpose gymnasiums.

3. Stadium wall LED display: It is mainly installed on the wall at one end of the gymnasium, which is used to synchronize the live broadcast of the event and to display the real-time information of the event simultaneously. Usually a large display.

4. Outdoor column LED display: This type of display has high quality requirements, and needs to be windproof and dustproof, good temperature adaptability, and adaptable to various types of weather. It is generally installed on large columns in open-air gymnasiums.

1. The PCB board adopts a 4-layer circuit board panel. Many manufacturers on the market use a 2-layer PCB. The purpose is to attract customers with low prices. The thermal conductivity and insulation of the 2-layer panel are far lower than that of the 4-layer panel. The quality standard of large LED display manufacturers.

2. Using the die produced by the original Taiwan brand, not only has a good video playback effect, but also rarely has problems during the normal service life. big, but after three or five months the problem continues

3. The JYLED photoelectric die is all packaged by China’s more well-known National Star (an indoor surface mount LED full-color screen listed packaging brand). The packaging technology is high-end in China, and the protection of the die is quite good. This is the JYLED photoelectric LED. The reason why the display screen can maintain a good use effect for a long time during the use of the screen.

4. The selection of driver ICs is also very important. Different driver ICs are recommended for different types of customers. Taiwan’s Macroblock brand is the driver IC of JYLED full-color LED display, and Taiwan Macroblock is the world’s three largest driver ICs in the world. The first of the brand, Shenzhen JYLED recommends the use of Taiwan’s 5020, 5024, 5036, 5042 and other models according to customers’ requirements for LED displays. Each model has its own characteristics. Welcome to inquire at any time. Applicable models.

5. The module is as small as a screw is carefully selected, the module mask screw is better to use the round head nut of non-rust steel, which can ensure the appearance of the screen for a long time, and eliminate the use of conventional manufacturers after a few months. rusted.

6. The frame is made of 35px thick steel plate, which has a strong pressure-bearing and anti-compression capacity, which prevents the screen from deforming after a few months of use in low-cost manufacturers.

In the process of purchasing a full-color LED display, most of the customers first find 3-5 manufacturers for quotation, and then compare them. But what is the standard of comparison? The benevolent sees the benevolent and the wise sees the wisdom, but in any case, I think many customers compare the price first, and even the importance of the price is decisive. The price is a bend that commodities can never go around, and the same is true in the LED display industry.

The industry is chaotic and the price war is full of smoke. Since the development of large LED screens, the price of LED displays has dropped again and again.

Of course, there is a decline in the cost of raw materials. But more of them are low-priced junk products that are produced to deliberately pursue the market.