Home » The inferior manufacturers has increased,JYLED calls for strengthening supervision

The inferior manufacturers has increased,JYLED calls for strengthening supervision

In recent years, with the popularity of 5G+8K ultra-high-definition display applications, the domestic LED display industry has ushered in explosive growth, and the application of JYLED LED displays in all walks of life has fully blossomed. However, with the rapid development, the quality and safety problems of LED display products produced by inferior LED display manufacturers are constantly exposed. On May 18, 2019, a giant LED advertising screen in Times Square, New York, USA caught fire and was still playing advertisements when it caught fire

In this context, JYLED called on relevant departments to strengthen supervision, and summarized and released a number of eight LED display standards that are conducive to the sustainable development of the industry and are applicable to all LED display companies.

Problems such as LED display fire, electromagnetic radiation, leakage, and after-sales disputes occur frequently, which have a negative impact on the entire industry. The reason is that the domestic LED display products lack strict industry standards. 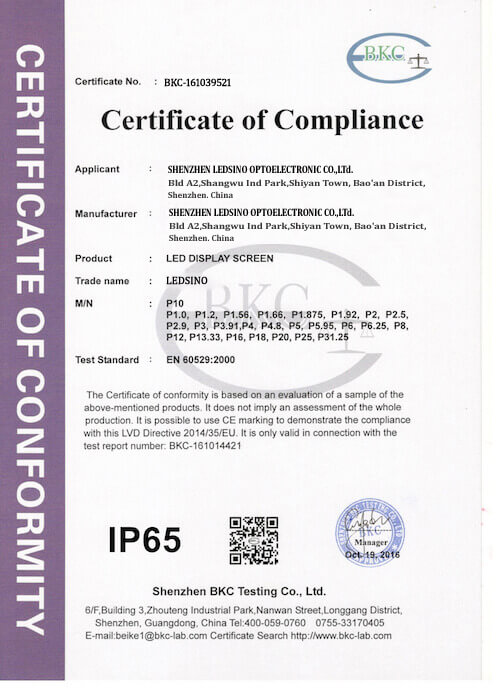 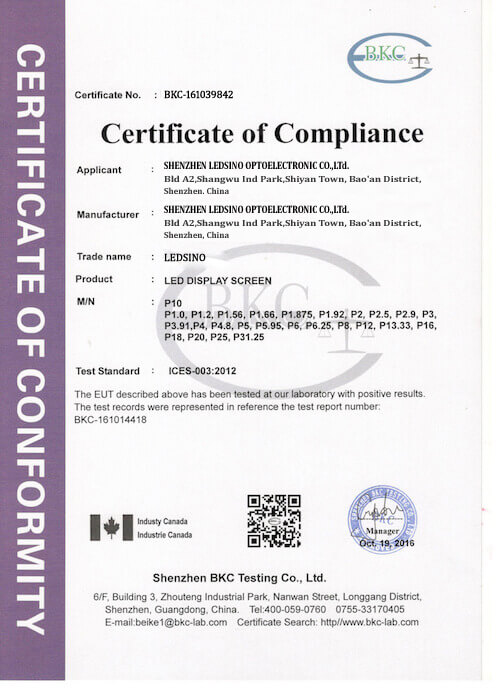 Fire standards are used to evaluate the ability of a material to extinguish after being ignited. High fire retardant grade materials can play a positive role in suppressing fire. In the US UL94 standard, the flame retardant grade of plastics increases from HB, V-2, V-1 to V-0, and the fire resistance is also strengthened.

The selection and design of the main key raw materials of JYLED products are designed in accordance with national or international safety standards, which are safe and reliable (for example, the PCB meets UL94V-0, and the wire meets VW-1 or FT1, etc.). 7 Class I level test (currently the highest level).

AC withstand voltage test is a more effective and direct method to identify the insulation strength of products, and it can more effectively find insulation weaknesses, ensure the safe operation of equipment, and avoid insulation accidents. The industry standard requires that the disconnecting current is less than or equal to 100mA, and after testing, the measured data of JYLED KL1.8 is less than or equal to 0.49mA. 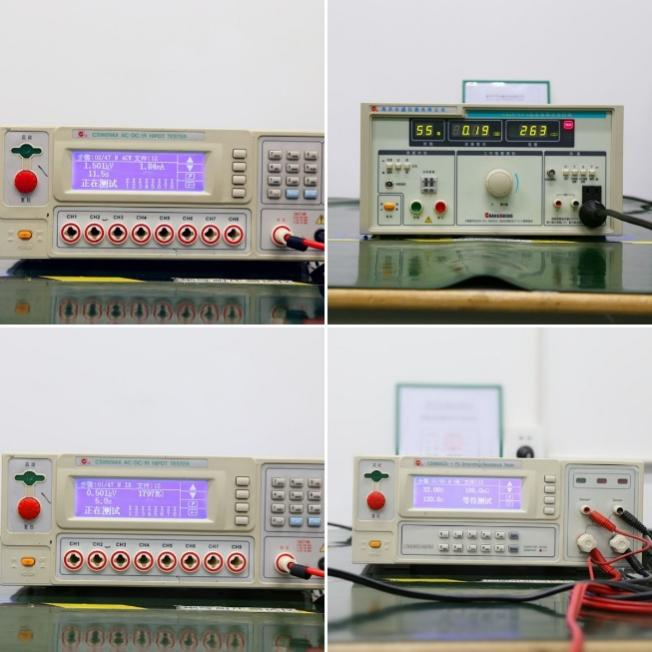 In the insulation resistance test results, the measured data of JYLED KL1.8 = 5714MΩ, which is better than the industry standard of ≥10MΩ, and the occurrence probability of damp, dirt, insulation breakdown and serious aging is lower, which can effectively ensure the safety of electricity use.

In addition, the industry standard input ground wire and the shell conduct 32A current, test for 2 minutes, the resistance is ≤0.1Ω, and the measured data of JYLED KL1.8 is ≤0.035Ω. The impedance to ground voltage is good.

JYLED advocates the production concept of green, low carbon, energy saving and environmental protection, and abides by the corporate tenet of sustainable development.

The more energy-saving the LED display is, the less electricity is used in the same area (including display screens, air conditioners, etc.), and the heat generation is also lower, which is conducive to saving energy and protecting the environment. This is especially important for companies that use thousands of square meters of outdoor LED displays.

The JYLED standard is much higher than the industry’s 600-800W/㎡ products. Take the JYLED A1021D product as an example: under the condition of 10000nit brightness, the maximum power consumption is only 260W/㎡, the standby power consumption is only 21W/㎡, and the display can be intelligently adjusted according to the ambient brightness. Screen brightness, avoid light pollution and save energy.