Made of soft PCB board, it’s soft to fit into any curved surface. To make an artistic design, It’s ideal to be used in museums, galleries, studios, shopping malls, stadiums, hotel lobbies, airports, etc. What is the difference between LED flexible display and ordinary LED display?

The led flexible display screen is mainly composed of led soft module unit boards-the reason why it has a certain bending amplitude characteristic is mainly related to the raw materials of the pcb circuit board used in the product. Conventional led display unit boards use ordinary pcb circuit boards, which are generally called rigid circuit boards. The intuitive feeling is that it is a rigid board that cannot be bent, similar to the kind of rigid plastic.

The thickness of the pcb circuit board used in the conventional LED display screen is generally 1mm, 1.2mm, 1.6mm, 2.0mm, etc. In most cases, the thicker the PCB thickness, the more reliable the stability of the LED screen product, because it is a rigid board Therefore, under normal circumstances, most of the daily shapes seen are squares, rectangles, and diamonds, etc., spherical and cylindrical display screens cannot be realized, and arc-shaped design LED display application solutions are rarely used go with.

However, with the development of the industry in recent years, ordinary LED displays can no longer meet the needs of the industry. The emergence of special-shaped screen modules has enabled LED advertising screens to achieve various shapes. For a long time, LED special-shaped screens have been realized by traditional rectangular flat module assembly or wrapping, such as common curved screens and circular screens.

However, when the arc of the display screen is small and the display form is more complex, the splicing and hemming of special-shaped modules will not solve the seam and flatness, resulting in inconsistent display, mosaic and other issues, making the display screen overall The effect is not good, and in order to solve this problem, a “flexible display” came into being.

It is understood that the many advantages of LED flexible displays are beyond the reach of ordinary curved displays. The connection surface of the soft module LED special-shaped screen is different from the traditional display. The traditional PCB board is made of glass fiber material, and the flexible module is equipped with a high-strength strong magnetic core magnetic core connection device, which is made of a flexible insulating substrate. FPC circuit boards, masks and bottom shells are made of high-temperature, bending-resistant silicone materials, with high-strength compression and distortion resistance, which can perfectly solve all kinds of “turning corners and corners” installation difficulties.

Today, when products in the industry are homogenized and becoming more and more serious, most small and medium-sized display companies have to find ways to survive and make unique products, and flexible displays can be arbitrarily shaped because of their good ductility. This is really a “weapon” for realizing various creative displays. In the past few years, there are not a few LED advertising screen manufacturers that have developed flexible display screens, but LED flexible screens have been in a tepid state. However, with the development of creative displays, the development potential of flexible displays should not be underestimated. In particular, with the advancement and prosperity of my country’s cultural undertakings and the prevalence of cultural performance activities, the application demand for LED flexible screens will greatly increase, and the market share will also soar. The prospects for flexible display screens are bright.

How much does a flexible LED display cost?

Without considering the design cost, structure cost, labor cost, frame, and other system accessories. LED flexible screen can calculate the price from the following aspects

Jingtai, National Star, San’an, Jingtai, Xinguangtai, etc. Use different brands, the price will have a more obvious gap. This is the same as the mobile phones we use in our daily life, which are worth 7000 and 8000, as well as 700 and 800. Module chips of different brands have different workmanship and materials.

Note that the so-called “refresh times” here and the “picture frame number (usually expressed in FPS)” that we usually say when describing game speed are two completely different concepts. The latter refers to the scanning frequency of the electron gun of the kinescope displayed by the dynamic image processed by the computer per second. 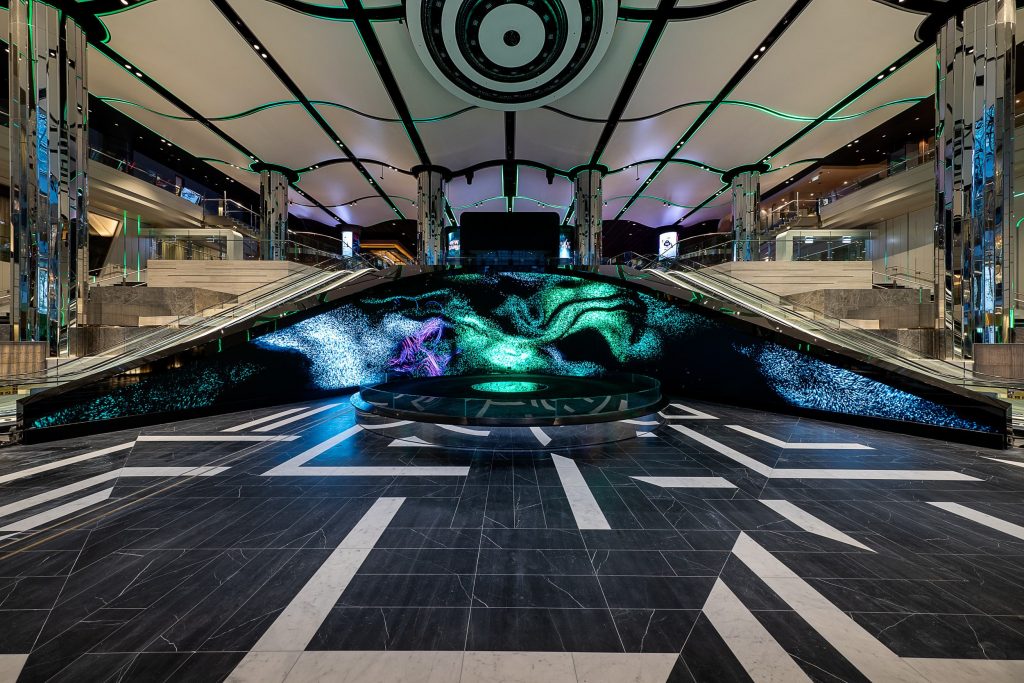 The above three expenses accounted for the most cost, but some other expenses are also not a small expense. For example, the cylindrical screen of a large underground shopping mall installed by JYLED in Thailand before, from site surveys, design drawings to construction, and then To the end, it took 5 months before and after. The cost of a worker for a day is as high as 700 RMB a day, which is not a small expense when combined.

The LED flexible screen is a kind of latest ultra-thin flexible LED display, including the LED display unit and the signal processing unit, power supply unit and circuit connected to it through the circuit board are all flexible.

With its beautiful embossed lines and various unique shapes, it can give people a dynamic beauty under the change of colors.

We often see a lot of cylindrical screens when we go shopping in the mall, as well as some other LED screens of different shapes. The screens are filled with beautiful video content, including the promotion of clothing brands, cosmetics, and Products such as shoes, etc., these video content can easily attract our attention, and let us remember the names of certain brands imperceptibly, so that when we buy related products in the mall, we will Unconsciously choose the brand product that I have seen in the LED display. This is why businesses prefer to use LED displays to advertise their products or services, and LED cylindrical screens and other LED displays of various shapes are more suitable for decoration in shopping malls, which is also a combination of beautiful designs.

With the development of science and technology, people are no longer satisfied with flat display screens, and begin to pursue various artistic styles, and special-shaped screens have also entered the public’s field of vision. As a soft module product for making special-shaped screens, they are even more popular with the public. LED The company has always occupied a larger market in soft module products.

The Design of Conventional Driving Circuit for LED Display Screen

The dynamic scanning drive mode means that the 4 rows, 8 rows, 16 rows and other n rows of light-emitting diodes on the display screen share a set of column drive registers. Through the time-sharing work of the row drive tubes, the lighting time of each row of L ED accounts for 1 n of the total time, as long as the refresh rate of each line is greater than 50 Hz, people can see a complete text or picture by using the visual persistence effect of the human eye.

Connect eight 74HC595 cascades and share a serial clock CL K and data latch signal STR. When the data to be displayed in the first line passes 8×8 = 64 CL K clocks, all will be moved into 74HC595. At this time, a data latch signal STR is generated to latch the data in the subsequent latch of 74HC595.

The 8050 corresponding to each output bit will be in saturation conduction or cut-off; at the same time, the line scan control circuit generates a signal to turn on the first line of scan tubes, which is equivalent to connecting the positive ends of the first line of LEDs to high level, obviously the first line of LED tubes The on or off depends on the signal latched in the 74HC595; while the L ED tube in the first line is lit, move the data to be displayed in the second line in the 74HC595, and then latch it and control it by the line scan at the same time The circuit turns off the scan tube of the first row and turns on the second row, so that the LED tube of the second row is lit…and so on, when the 16th row is scanned, it will return to the first row, as long as the scanning speed is high enough, A complete text or image can be formed, and the working sequence is shown in Figure 2.

The defects of conventional drive circuit

Although the design structure of the conventional drive circuit is relatively simple, it has two defects:

(1) When a certain row of row driving tubes is valid, the lighting current of all LEDs corresponding to the row will flow through the row of driving scanning tubes, and the number of LED tubes lit in a row depends on the display. The text or graphics are constantly changing, so the current flowing in the line scanning tube has a large change, which will change the pressure drop of the tube;

(2) The change in current caused by the number of lit L ED tubes will also affect the fluctuation of the power supply voltage value, which will affect the voltage at both ends of the first row of L ED tubes, making it continuous with different display texts or graphics. Fluctuations affect the uniformity of the brightness of the entire display.

Therefore, the author designed a column constant current drive circuit. This method can eliminate the fluctuation of the power supply voltage and the line scan.

It can be seen from the working principle of the conventional drive circuit that because the row and column drive tubes are all working in a saturated state, The magnitude of its current cannot be controlled, so the fluctuation of the external power supply voltage, the change of the voltage drop of the horizontal scanning drive tube, etc., directly affect the current flowing in the LED light-emitting tube, that is, it changes its display brightness. If the column drive tube is changed from the saturation state to the linear amplification state and becomes a constant current drive, the unevenness of the display screen brightness caused by the above factors can be eliminated.

The column constant current drive circuit is shown in Figure 4.

As long as the values of R 1, R 2, and R 3 are selected reasonably, the current flowing in the LED can be guaranteed to be stable, and the LED light-emitting diode can work in the best state of forward current and corresponding luminous brightness.

With this column constant current driving mode, it can be achieved that no matter how many LED tubes are lit in a row, although the tube voltage drop of the row driving tube still changes, the power supply voltage VCC can also be changed. The current flowing in the LED light-emitting diode is constant, thus ensuring the uniformity of the brightness of the LED display. 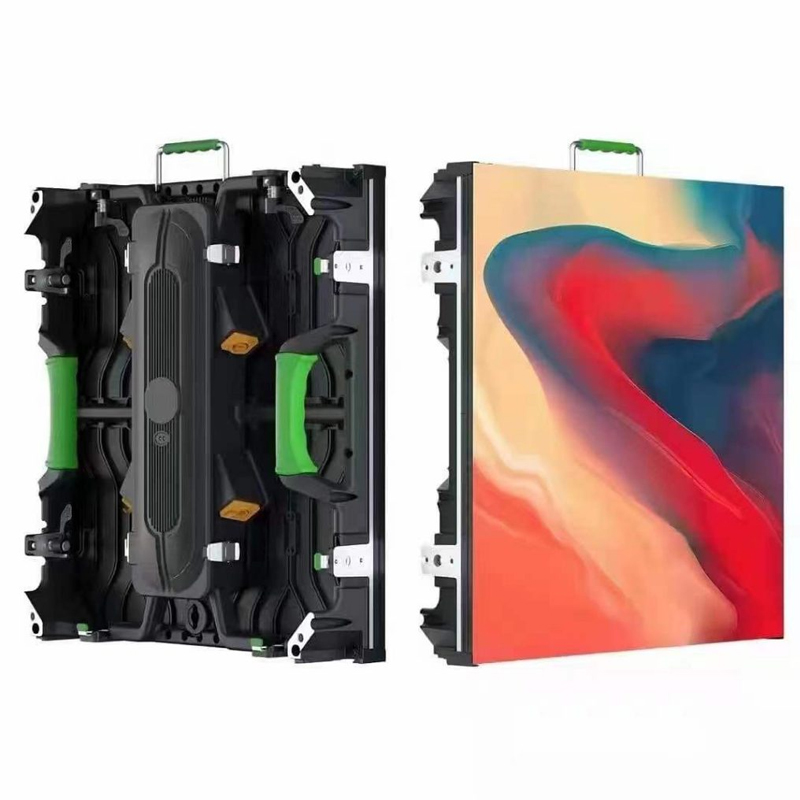 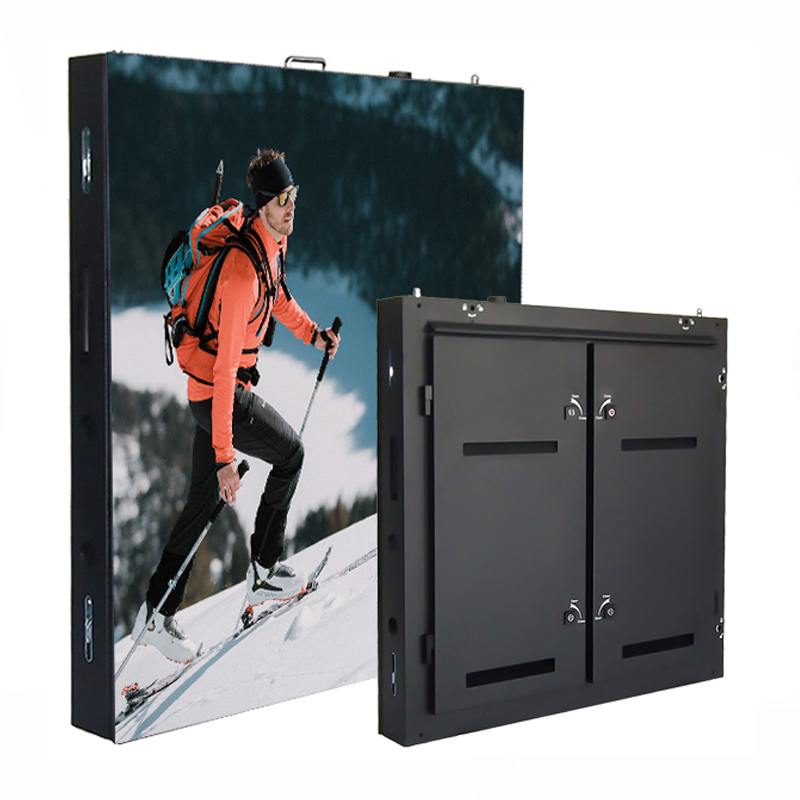 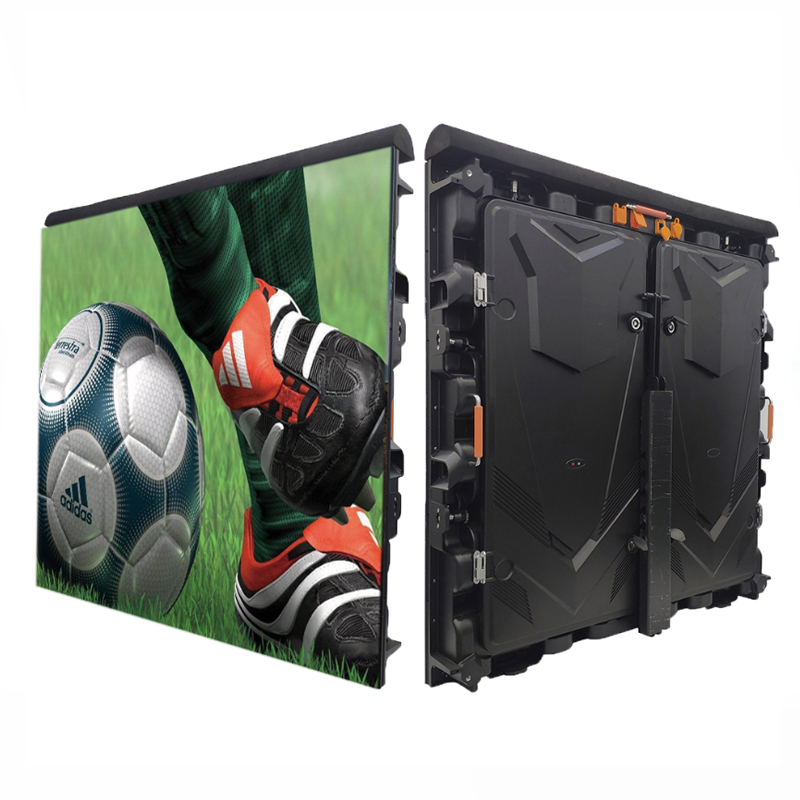 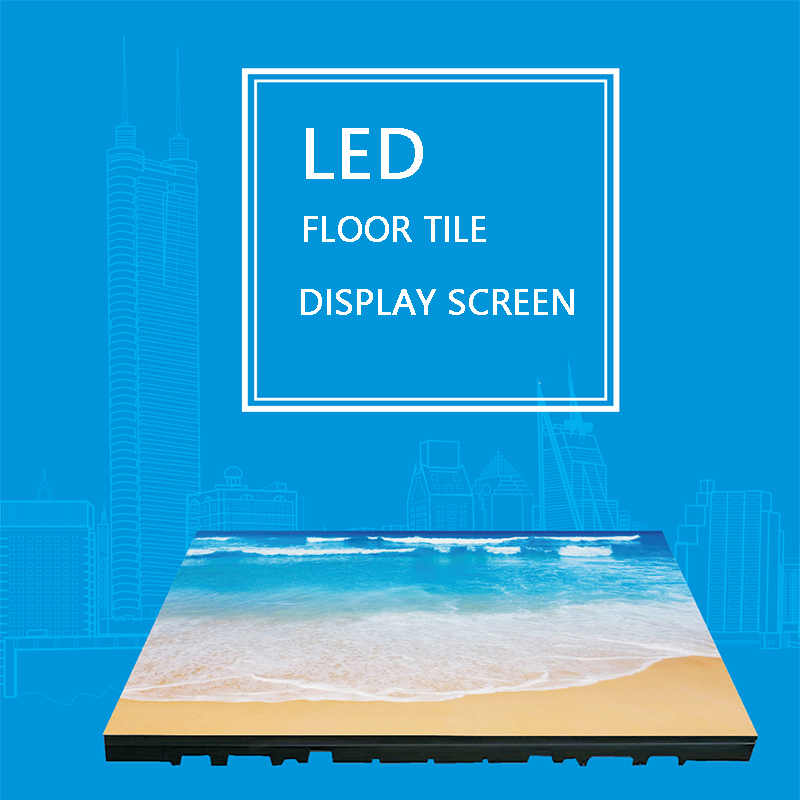 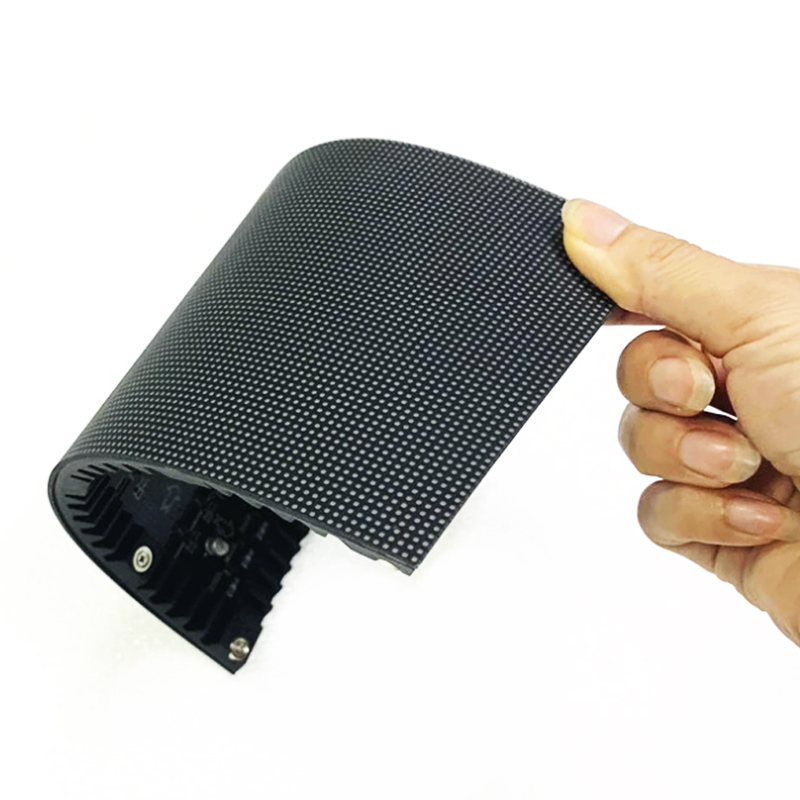 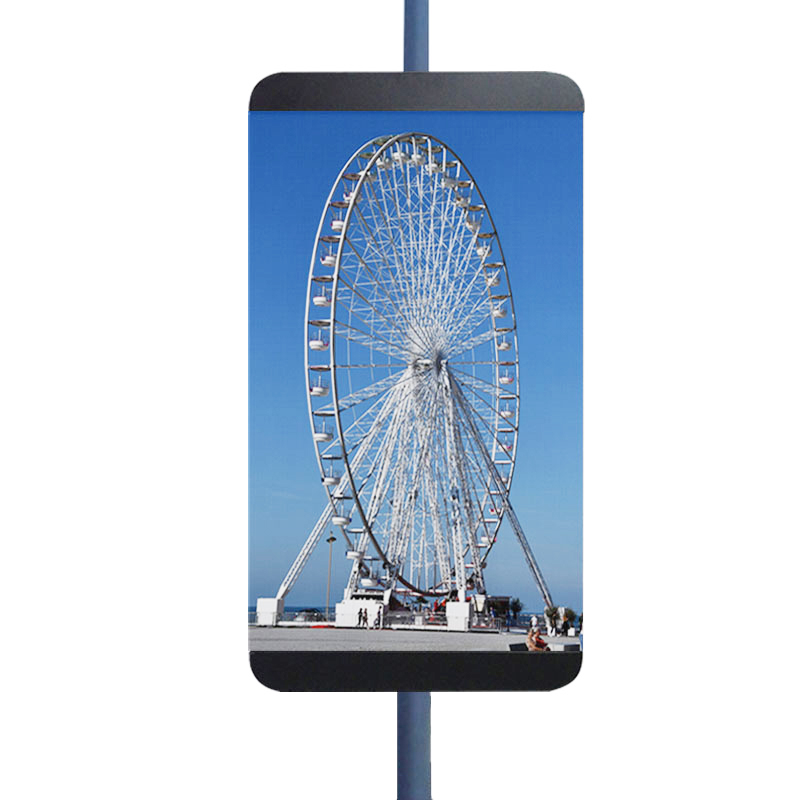